Mentoring Is Better than Curriculum: Seven Steps to Better Discipleship

Home > 2015 > August
Church Leadership August 26, 2015
Mentoring Is Better than Curriculum: Seven Steps to Better Discipleship
How to implement Jethro's plan and Jesus' process to turn believers into disciples. Whatever size your church is.
by Karl Vaters 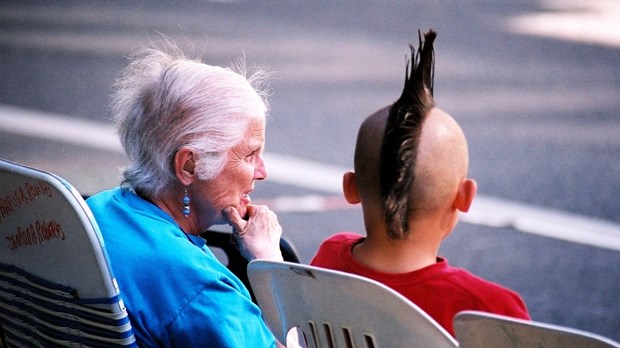 Pastoring a small church is not for the timid.

Even the tools that are supposed to help us can leave us feeling more discouraged.

Discipleship curricuum, for instance. Whether it's designed for kids, youth or adults, most of it seems to target bigger churches. Small churches often don’t have the space, the money or the minimum number of students and workers to do the program right.

The good news is, discipleship is possible in any size of church by using the most proven, time-tested, successful discipling process of all. The process Jesus, Paul and the early church used.

Yes, we need curriculum that’s better adapted to smaller churches. But, as I pointed out in my previous post, Serious About Discipleship? Mentoring Is Better Than Curriculum, curriculum should be used to supplement mentoring, not replace it.

We need a serious attitude adjustment about the value of mentoring.

Small churches don’t have to mentor, we get to mentor!

Small churches don’t have to mentor, we get to mentor!

If we want to feel sorry for anyone, we should feel sorry for the big churches. They have too many people to mentor, so they’re stuck using curriculum. (Not really, but it’s nice to think about, right?)

The biggest group Jesus ever put serious time into was 70. But he focused on 12. And even those 12 were often narrowed down to three.

Yes, Jesus taught crowds. And he loved them. He even had pity on them.

But he trained the disciples. He walked with them. He explained “why” to them.

Jesus never gave us a point-by-point list of how his mentoring process worked. He didn’t need to. That had already been done thousands of years before he was born.

My seven points are my best shot at taking the best from Jesus and Jethro and combining them into something I can follow. They aren't perfect. But they've worked for us.

When Moses’ father-in-law Jethro saw Moses answering all the disputes for a nation of 2,000,000 people (600,000 men plus women and children) he told him “What you are doing is not good. You and these people who come to you will only wear yourselves out. The work is too heavy for you; you cannot handle it alone.”

This plan is often referenced by megachurch pastors when they talk about how to organize a church in rancher mode. But those references usually leave us small church pastors feeling left out – again. We’re not ranchers, we’re shepherds. And we don’t need Level 1,000 Leaders. Many of our churches don’t even need Level 100 or Level 50 leaders.

But every church needs – and can disciple – a Level 10 Leader.

So start there. With one. Find one person who has exhibited the smallest seeds of an ability to lead 5-10 people. Like any parent or grandparent in the church. Parenting is Level 10 leadership, after all. Or the teenager the other teens follow.

Don’t be intimidated or discouraged by the lack of Level 50 or Level 100 Leaders – or even the need for it in a church of 25 people. Start with one person who can become a Level 10 Leader. Every church has one. Even yours.

Maybe the biggest mistake we make in mentoring is teaching people to become like us, instead of like Jesus.

Helping someone become like Jesus doesn’t start by talking at them, but listening to them.

Helping someone become like Jesus doesn’t start by talking at them, but listening to them.

Notice how many conversations Jesus had. If anyone ever had the excuse to say “I don’t need to hear what they want, I have the answers,” it was Jesus. But he never did that.

Jesus did what we need to do. He had conversations. Conversations in which he listened to people’s ideas, preferences, fears and hopes.

When we listen, we learn things. Like what gifts, skills and personality traits God gave them. Then we can use one of the primary advantages mentoring has over curriculum – personalizing it.

3. Do Ministry With Them, Not For Them

If you’re an introvert, that last sentence just gave you the creepy-crawlies. I know. I’m one, too. I need serious alone time to be able to function.

But even introverts like us can pull this off.

Jesus did this with the disciples. After teaching crowds in parables, he’d gather the disciples around, answer their questions, explain deeper truths and even tell them why he taught the way he did. Then he’d go off to a private place to spend time with the Father.

If all we want to do is teach people what they should know, we can keep relying on curriculum. But if we want to raise disciples, we can’t just tell them how to do things.

They need to know why they’re doing it.

“God said it, I believe it, that settles it” isn’t enough any more. It never was.

It’s not disobedient, stubborn or nosy of people to ask us why we do what we do or believe what we believe. It’s smart.

In fact, if I start mentoring someone and they just follow me blindly without asking why, I start wondering if I’ve picked the right protégé.

We’re training disciples of Jesus, not clones of ourselves.

Remember, we’re training disciples of Jesus, not clones of ourselves. If they don’t know why they’re doing things, they’ll never be able to adapt and improve on it when needed.

We need an army of believers who can adapt, adjust and do things better than we did them.

5. Trust Them To Do It Without You

At some point you have to send them off all by themselves.

They won’t do it exactly like you did it. They’re not supposed to.

The biggest word in this point is “trust.” At some point in our mentoring – and it needs to happen earlier, rather than later – we need to trust. Trust them, trust our mentoring and trust God that they can do it without us.

But don’t end the mentoring here. Thinking we’re done at this stage is one of the great danger zones of mentoring. Instead, we need to do what Jesus did. Send them off so they can come back for Step 6.

Jesus sent off the 72 in pairs (we’ll look at the importance of partnering in a future post), but he didn’t leave them there. He had them report back, then he gave them further instruction on how to do it better the next time. (Luke 10)

In our church, we’ve recently instituted a program for rotating Service Hosts. A Service Host is a regular church attender – usually a college student – who does two important things in our Sunday morning services. They give a greeting and the announcements at the start of the service. Then, later on, they receive the offering, including delivering a two- to three-minute mini-talk about giving.

Before they do it the first time, we walk them through it, including hearing and editing their mini-talk. After each of the first few times they do it, we sit down with them and assess how it went.

7. Help Them Mentor the Next Person

Discipling that first person is the hardest part. It’s likely to take a few false starts before you find someone who will really follow through with it.

In every step of this process, the student should be reminded that they will eventually be the mentor for someone else. Knowing this helps them focus on their own training and it helps them keep their eyes open for who the next student might be.

This is where it starts getting fun. Usually – in fact, almost every time – the second student comes along because the original student finds them. And it’s almost always before you think they’re ready to start mentoring.

Don’t wait. We need to turn disciples into mentors as soon as possible. Sometimes while they’re still in the middle of their own mentoring process.

Disciples mentoring other disciples. That’s when you know it’s working.

Disciples mentoring other disciples. That’s when you know it’s working.

What If I Don’t Have One to Start With?

There are many struggling churches that are barely in survival mode. The idea of mentoring sounds great, but you look around at your small, discouraged, maybe aging congregation and you can’t see one believer to mentor.

What do you do then?

My next two posts, which could be considered prequels to this one, will take a practical look at this problem:

We can do this.