Home > 2016 > July
Church GrowthJuly 11, 2016
Perry Noble, NewSpring Church and Our Obsession with Numbers
Our numbers obsession continues to leave victims in its wake. Now Perry Noble and the tens of thousands of members of NewSpring church are on the list of walking wounded.
by Karl Vaters
Read as Single Page
Page 1 of 3 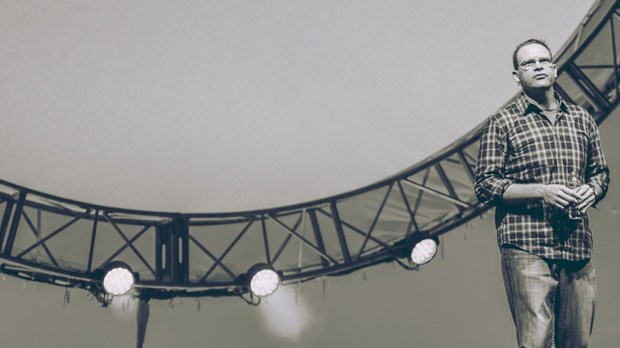 I don’t want to pile on. Honest I don’t. So I pray this post doesn’t come across that way.

I was sad when I read the news about Perry Noble being asked to step down from NewSpring church this past weekend. I still am. (If you haven’t heard about it, catch up here.)

I prayed for Noble, his family and the church. That was going to be it. I had no intention of commenting on it in any way. I don't know Perry Noble and I've never been to NewSpring, so what business is it of mine? None.

Then I read Noble's statement about why it happened. Not what others said about him – what Perry himself said was the reason for his problems.

I'm afraid we're going to miss what Noble himself said was the reason for his failure, because we don't want to see it.

While people are wringing their hands over his confessed abuse of alcohol (a problem, to be sure) it appears to be a symptom, not a cause.

Meanwhile, I'm afraid we're going to miss what Noble himself said was the reason for his failure, because we don't want to see it.

"...in my obsession to do everything possible to reach 100,000 and beyond, it has come at a personal cost in my own life and created a strain on my marriage. ...in the past year or so I've let myself slide into, in my opinion, the overuse of alcohol. This was a spiritual and moral mistake on my part, as I began to depend on alcohol for my refuge instead of Jesus and others. I have no excuse. This was wrong and sinful, and I'm truly sorry."

An Unhealthy Obsession with Numbers

It is a heartfelt confession. I can’t imagine how difficult it must have been to write. And I take it a face value.

But did you catch what he said? By his own words, Perry's self-confessed "obsession to do everything possible to reach 100,000 and beyond" cost him deeply. And it led him to do things he should not have done.

Not to beat up on him. I know I wouldn’t want some blogger passing public judgment on my failures. But because I’m concerned that his numbers obsession might be seen as a justification for his actions, not as the cause of the problems.

Perry Noble's obsession with numerical goals hurt his marriage. It hurt his church. And it drove him to depend on alcohol instead of Jesus. That’s what he admitted in his statement.

His obsession to reach "100,000 and beyond" does not excuse his self-confessed sins. By his own admission, it caused them.