3 Ways Some Churches Grow Without Getting Bigger

Home > 2017 > January
Innovative MinistryJanuary 23, 2017
3 Ways Some Churches Grow Without Getting Bigger
Butts-in-the-seats growth is great. But it’s not going to happen for every church. That's never a reason to give up, coast along, or offer excuses.
by Karl Vaters
Read as Single Page
Page 1 of 3 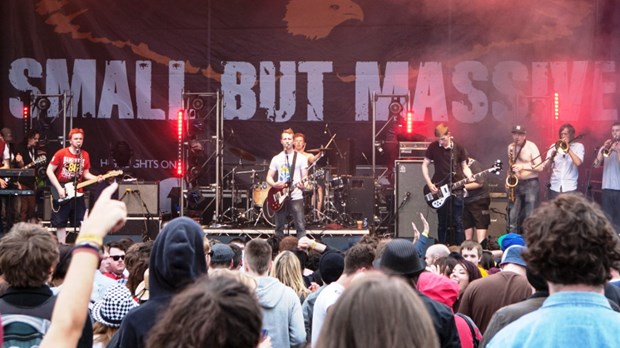 Do all healthy things grow?

If a church is healthy, will it grow?

Will that growth always result in larger congregational attendance?

I know it seems logical.

There’s just one problem with that seemingly rock-solid theory. When we observe things in the real world, it doesn’t always pan out that way.

There are a lot of healthy churches that don’t see the kind of butts-in-the-seats growth they’ve been told is inevitable.

Sure, there are healthy churches that are growing numerically, and a lot of unhealthy ones that aren’t. But there are a lot of healthy, outward-reaching churches that don’t see the kind of butts-in-the-seats growth they’ve been told is inevitable.

Including the great church I get to pastor.

So if all healthy things grow, how is growth happening in churches that aren’t seeing the expected increase in attendance?

1. Some Churches Grow By Multiplication

In many developing nations, large churches don’t fit the culture or meet the needs of the people. So, instead of getting bigger, church growth means planting new congregations in nearby neighborhoods or villages.

In fact, in the places where the church is growing as percentage of the population, it is far more likely to be happening by the multiplication of smaller congregations than by the building of larger ones.

Growth by multiplication is the way it’s done for many within the house church movement, too. If the gathering gets large, they split off to new houses.

This type of growth is not limited to developing nations and house churches. If your church hasn’t been seeing the kind of butts-in-the-seats growth you’ve expected, this may be a new way for you to look at growth.

For some insight into the growth by multiplication phenomenon, check out Is Bigger Really Better? The Statistics actually Say “No”!, by Neil Cole, based on well-researched stats from Ed Stetzer and Christian Schwarz.

2. Some Churches Grow By Sending

“The success of a church is measured by its sending capacity, not its seating capacity.”

Pastors and church leaders love saying things like that.

But when a church actually sacrifices its seating capacity in favor of increasing its sending capacity, the response is often, “there must be something wrong with that church if it’s not growing.”

3 Ways Some Churches Grow Without Getting Bigger