"Nobody knows the trouble I see, nobody knows my sorrow."
Yolanda Y. Smith 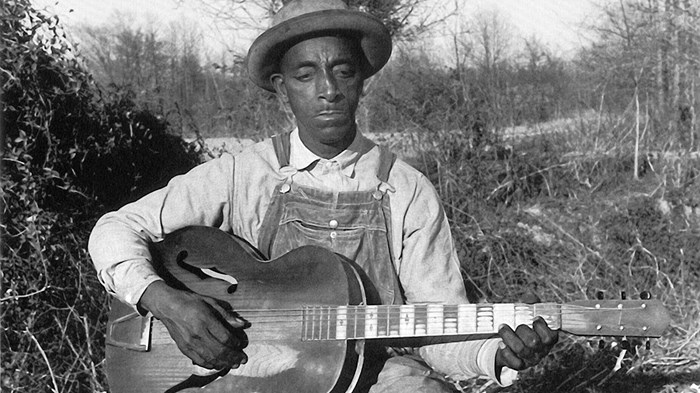 Militant abolitionist Thomas W. Higginson was the commander of the First South Carolina Volunteers, the first Union regiment made up of freed slaves. In his camps, his soldiers would break out into song, which Higginson wrote down and published in the Atlantic Monthly.

"These quaint religious songs were to the men more than a source of relaxation, they were a stimulus to courage and a tie to heaven," he wrote.

"By these they could sing themselves, as had their fathers before them, out of the contemplation of their own low estate, into the sublime scenery of the Apocalypse. I remember that this minor-keyed pathos used to seem to me almost too sad to dwell upon, while slavery seemed destined to last for generations; but now that their patience has had its perfect work, history cannot afford to lose this portion of its record."

Though Higginson and others noted that almost without exception, "all had a religious motive," spirituals were part of an elaborate system of secrecy. Sometimes these messages announced a secret meeting: "There's a great camp-meeting in the Promised Land."

Others may have signaled an impending escape: "Steal away to Jesus! I ain't got long to stay here!" Still others were used to mock their masters and to expose their religious hypocrisy: "Ev'rybody talkin' 'bout heav'n ain't goin' there."

"A keen observer might have detected in our repeated singing of 'O Canaan, sweet Canaan, I am bound for the land of Canaan,' something more than a hope of reaching heaven," wrote Frederick Douglass. "We meant to reach the North, and the North was our Canaan."

As one young boy, listening with ...

African AmericansHoly SpiritMusicSlaveryStories and StorytellingSuffering and Problem of PainWorship
Issue 62: Bound for Canaan: Africans in America, 1999
Previous Article
'The Best Side of Slavery I Can Conceive Of'

Henry Bibb
Next Article
Black Christianity Before the Civil War: Did You Know?