Once threatened by gangs, the Central American minister is safe for now, but he says his heart is still with those who are not.
Bekah McNeel
September 25, 2019 9:15 AM 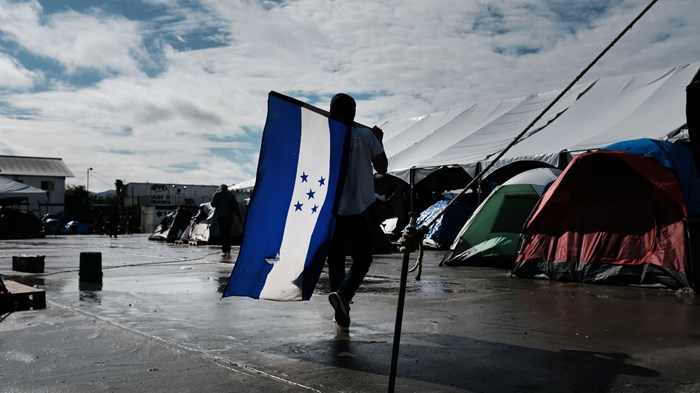 Oviedo’s persecution was gang-related, but he was able to show that the gangs were targeting him for his religious activity and political positions. Religious and political persecution are grounds for asylum, but are harder to prove than threats of gang violence, which are ubiquitous in Honduras.

According to reports from the San Diego Union-Tribune, Oviedo told the judge he was “blacklisted” by the gangs because of his efforts to offer youth an alternative to gang membership.

Many Central Americans refugees have fled to the US with their children in recent years because the children have been recruited by the gangs, or groomed as gang “girlfriends.” The increase in families apprehended at the border has stressed the US Customs and Border Patrol processing facilities and ICE detention facilities. The system continues to be overwhelmed and the humanitarian crisis is ongoing.

Trump’s “Remain in Mexico” policy was intended to ease the backlog at the border. However, advocates report that those now stranded in Tijuana and Ciudad Juarez face greater extortion and violence as Mexican gangs and cartels target the vulnerable populations.

In August, a Presbyterian minister was reportedly kidnapped by a cartel while attempting to protect migrants. Aaron Méndez Ruíz runs Casa del Migrantes in Nuevo Laredo, just south of the Rio Grande. He has now been missing for more than a month, and officials suspect he was kidnapped for interfering with gang activity.

Oviedo, during his time in Tijuana, also started advocating for asylum seekers, NBC News reported. He participated in shelter construction projects and arts advocacy initiatives to call attention to their situation.

Now, Oviedo is determined to help others find legal representation, as that is one of the most decisive factors in whether asylum seekers win or lose their cases.

“I will do everything I can, work day and night to find them lawyers to give them legal representation,” Oviedo told NBC News, “That’s what hurts me so much. I won and I am here but I was privileged to have a lawyer in court that was with me.”

The government has one month to appeal the ruling. If the ruling stands, Oviedo may be able to bring his wife and three young children to the US.