In her seven-decade reign, she spoke regularly of the importance of her personal faith.
Dudley Delffs|September 8, 2022 12:32 PM
españolFrançais简体中文한국어ItalianoIndonesian繁體中文русскийУкраїнська 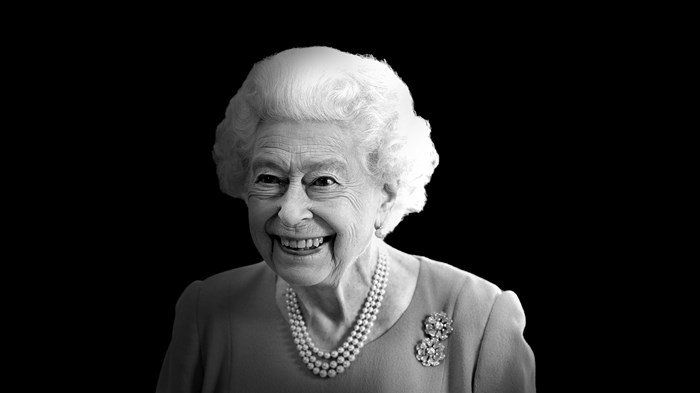 Queen Elizabeth II, the longest-reigning monarch in British history, has died at the age of 96.

Throughout the course of her unprecedented reign, Queen Elizabeth II spoke frequently about her personal Christian faith. Delivering her first Christmas Address in 1952, a tradition started by her grandfather, King George V, the Queen requested prayer for her upcoming coronation.

“I want to ask you all, whatever your religion may be, to pray for me on that day,” she said, “to pray that God may give me wisdom and strength to carry out the solemn promises I shall be making, and that I may faithfully serve Him and you, all the days of my life.”

As one of the world’s most recognizable and celebrated leaders for more than seven decades after that Christmas, the Queen demonstrated how to keep one’s Christian faith personal, private, inclusive, and compassionate while serving in a global, public role under intense scrutiny from virtually every sector.

Queen Elizabeth II inherited religious responsibilities as the Defender of the Faith and Supreme Governor of the Church of England, titles vested in the reigning British monarch since Henry VIII renounced the Papacy in 1534. At her coronation in 1953, Her Majesty took an oath to “maintain and preserve inviolably the settlement of the Church of England, and the doctrine worship, discipline, and government thereof, as by law established in England.”

Her duties included appointing archbishops, bishops, and deans of the Church of England as advised by the prime minister. In 1970, she became the first sovereign to inaugurate and address the church’s General Synod in person, a practice she continued every five years after diocesan elections.

Three weeks after her coronation, the Queen followed historical precedent and swore to maintain the Church of Scotland, honoring her duty to “preserve the settlement of the true Protestant religion as established by the laws made in Scotland.” The Church of Scotland is Presbyterian and recognizes only Jesus Christ as “King and Head of the Church,” resulting in Her Majesty’s lack of official title and participation as a regular member.

But the Queen’s faith was more than the product of polite deference to historical tradition. Throughout her reign, she articulated the importance of her faith and recommended it to her subjects.

“For me the teachings of Christ and my own personal accountability before God provide a framework in which I try to lead my life,” she said in 2000. “I, like so many of you, have drawn great comfort in difficult times from Christ’s words and example.”

In 2002 the Queen endured a painful year of personal losses with the deaths of her sister, Princess Margaret, and the Queen Mother. In her annual Christmas address that year, she spoke of how her faith had sustained her.

“I know just how much I rely on my own faith to guide me through the good times and the bad,” she said. “Each day is a new beginning. I know that the only way to live my life is to try to do what is right, to take the long view, to give of my best in all that the day brings, and to put my trust in God.”

The Queen consistently extended her influence to acknowledge and celebrate religious diversity and tolerance in the United Kingdom, the Commonwealth of Nations, and throughout the world. Her Majesty’s Christmas and Commonwealth Day messages often addressed the theme of interfaith harmony and respectful tolerance. Leaders of various faiths and denominations regularly attended royal ceremonies, including weddings and services of thanksgiving, at the invitation of the Queen and her husband, the Duke of Edinburgh.

Celebrating her Diamond Jubilee in 2012, the Queen attended a multifaith reception at Lambeth Palace, hosted by the Archbishop of Canterbury, featuring the leaders of eight faiths in the United Kingdom including Buddhism, Judaism, Islam, and Hinduism. At this event, the Queen said, “Faith plays a key role in the identity of millions of people, providing not only a system of belief but also a sense of belonging. It can act as a spur for social action. Indeed, religious groups have a proud track record of helping those in the greatest need, including the sick, the elderly, the lonely and the disadvantaged. They remind us of the responsibilities we have beyond ourselves.”

The Queen’s efforts were recognized in 2007 by the Three-Faiths Forum, an organization dedicated to building understanding and lasting relationships between people of all faiths and beliefs. It presented Her Majesty with the Sternberg Interfaith Gold Medallion, awarded to individuals who have helped promote peace and tolerance among people of different faiths.

Born on April 21, 1926, Elizabeth Alexandra Mary Windsor was the firstborn of the Duke and Duchess of York and the first grandchild of the reigning monarch, King George V, who reportedly delighted in the thoughtful, well-behaved child known by family as Lilibet. Elizabeth’s father acceded to the throne in 1936 as King George VI when his brother, King Edward VIII, abdicated in order to marry divorcée Wallis Simpson.

As the heir presumptive, Elizabeth was tutored privately and served in the Auxiliary Territorial Service during World War II. In 1947 she married Philip Mountbatten, of Greek and Danish royal lineage. Their union lasted 73 years until his death in 2021 and produced four children: Charles, Prince of Wales and heir apparent; Anne, Princess Royal; Andrew, Duke of York; and Edward, Earl of Wessex. In addition to her children, the Queen is survived by eight grandchildren and 12 great-grandchildren.

From the beginning of her reign, the Queen consistently cited references from Scripture, particularly in her annual Christmas broadcasts.

“To what greater inspiration and counsel can we turn,” she asked, “than to the imperishable truth to be found in this treasure house, the Bible?”

In her 2016 address, Her Majesty explained, “Billions of people now follow Christ’s teaching and find in him the guiding light for their lives. I am one of them because Christ’s example helps me see the value in doing small things with great love, whoever does them and whatever they themselves believe.”

Her friend and confidant Billy Graham attested to the Queen’s love for the Bible, as well as the strength and depth of her Christian faith, in his autobiography, Just As I Am.

“No one in Britain has been more cordial toward us than Her Majesty Queen Elizabeth II,” Graham wrote. “Almost every occasion I have been with her has been in a warm, informal setting, such as a luncheon or dinner, either alone or with a few family members or other close friends.”

They rarely publicized their meetings or leveraged their relationship professionally, but the two enjoyed a friendship that endured for more than 60 years until Graham’s passing in 2018. He wrote, “I always found her very interested in the Bible and its message.”

The Queen’s love of the Bible and its gospel message led to her participation in the publication of a special book to commemorate her 90th birthday. Titled The Servant Queen and the King She Serves, coauthored by Catherine Butcher and Mark Greene, this overview of Her Majesty’s Christian faith was published by Bible Society UK, for whom the Queen serves as patron, along with HOPE and the London Institute for Contemporary Christianity.

Her Majesty personally wrote the foreword, thanking readers for their prayers and good wishes. “I have been—and remain—very grateful to … God for His steadfast love. I have indeed seen His faithfulness,” she wrote.

The book was distributed to thousands of churches across the UK and throughout many Commonwealth countries prior to the Queen’s birthday in 2016. The book proved so popular that the Bible Society had to print another 150,000 copies to meet demand.

Part princess and part pope, both guardian and great-grandmother, diplomat and disciple, Her Majesty the Queen was the calm that carried on, stabilizing her nation and the Commonwealth during tumultuous periods of historical change and technological advancement.

“Ultimately, monarchy points beyond itself to the majesty of God,” wrote Ian Bradley, professor at the University of St Andrews School of Divinity. “It encourages the God-given human faculties of reverence, loyalty and worship. It derives its true sanction and authority from above rather than from below.”

Queen Elizabeth II was such a monarch. Bridging the 20th and 21st centuries, modernity and postmodernity, Her Majesty credited her personal faith in God and belief in Christ as her anchor amid the many storms, both public and private, that she endured. To the end, she fulfilled her sacred coronation vows to God, living faithfully and serving those entrusted to her care.

Dudley Delffs is a former English professor and the author of The Faith of Queen Elizabeth.