The End of Desire

My name was almost Bronwyn. When it came to deciding what to call her firstborn, my mother, an avid reader of fantasy novels from a young age, thought the quasi-mortal with arcane powers in Katherine Kurtz’ Deryni novels would be a fine namesake. Grandma struggled pronouncing it, however, so my parents went with Abigail instead. Though the dream name wasn't bestowed, the favorite genres of the mother were visited upon the daughter. Turns out, fantasy novels are my not-so-guilty pleasure.

Mom kept my younger years well-stocked with her copies of Anne McCaffrey’s Dragonriders of Pern series, Lewis’ Space Trilogy, Tolkien’s The Lord of the Rings, Ursula K. LeGuin’s A Wizard of Earthsea, and Marion Zimmer Bradley’s Arthurian epic The Mists of Avalon (the latter reserved for my teens). These books, with their rich imagery and lore, were more than just the means of escapism that fantasy’s reputation is often demoted to. Each one wrestled with its own existential questions, moral dilemmas, and complicated relationships. Don’t get me wrong, not all dragons were didactic, but their narratives shaped more than just my appreciation for a good tale. Stories teach as much as they entertain.

When I became a Christian in 2014, the light of faith overtook everything in my life—especially my reading list. Alongside my search for books on theology, church history, and even religious rebuttals, I wanted good Christian fiction. Specifically, good Christian fantasy. I first turned to Lewis’s Space Trilogy for the second time, this time with new eyes. In my search for more like it, I found much of the Christian fantasy selection wanting. Most of the books I sifted through tended to compromise on either the gravity of Christianity or an original plot. Stephen R. Lawhead’s Pendragon Cycle provided some welcome respite in my quest, but I wanted more. So I kept looking. Thanks in part to my familiarity with C.S. Lewis and ilk, it wasn't long until I found the guy I call “the wizard of Christian fantasy”: Charles Williams.

Imagine this: stories that combine all the sorcerous mystery of Marvel’s Dr. Strange with the religious-lore adventurism of Indiana Jones, while staying rooted in the allegorical depth of Lewis ’ Narnia. If that thematic blend piques your interest, you might like Charles Williams. Often referred to as “the forgotten Inkling”, Williams was one of the more integral members of Oxford University’s informal literati faculty group of the 1930s and 1940s: The Inklings. On staff with the Oxford University Press in various roles until his death, Williams enjoyed a prolific writing career. 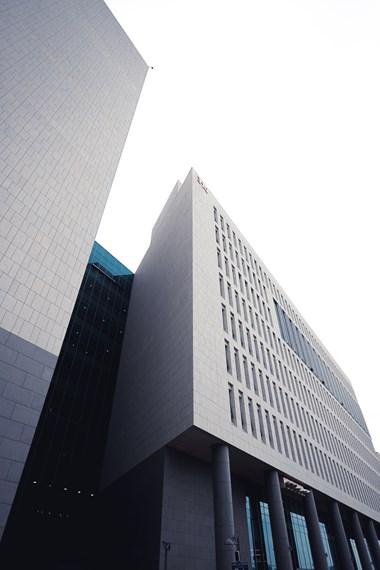 Sadly, Williams ’ notoriety in Christian spheres of influence is pale in comparison to his fellow Inklings J.R.R. Tolkien and C. S. Lewis. Though all three wrote fantastical religious allegories, Williams ’ work has gotten lost in the shuffle. But to pass by Williams is to miss out on the kind of Christian art we need more of today. In a religious fiction market that is oversaturated with bludgeoning evangelistic messages and predictable storylines, Williams is a weird and much-needed bucket of cold water.

From poetry collections steeped in Arthurian legend, to literary criticism of Dante and Milton, a series of plays, and Christian fantasy novels, much of his work revolved around a concept he called “romantic theology.” This, alongside an early penchant for mystical religious orders, operate as the two main pillars of Williams’ magical world-building. To more deeply appreciate his work, it’s best to know these engines.

Romantic theology, according to Williams, should not be confused with the kind of flippant emotionalism the term conjures in us. “This term does not imply, as will inevitably at first be thought, a theology based merely on fantasy and dream, and concerning itself only with illogical sentimentalities.” Quite the contrary, Williams’ concept is too earthly to be solely ephemeral, and too self-sacrificial to be indulgently fleshy. He writes, “It is a theology as exact as any other kind, but having for cause and subject those experiences of man which, anyhow in discussions of art, are generally termed ‘Romantic.’ The chief of these is romantic love; that is, sexual love between a man and a woman, freely given, freely accepted, and appearing to its partakers one of the most important experiences in life—a love which demands the attention of the intellect and spirit for its understanding and its service.”

Though one with seemingly lofty ideas, Charles Williams was no hypocrite. Borrowing from his years as a member of Christian mystic group The Fellowship of the Rosy Cross, Williams applied the tenets of romantic theology and founded The Companions of the Co-Inherence. According to his biographer, Alice Mary Hadfield, “co-inherence” was Williams ’ primary tenet of romantic theology. Co-inherence, to Williams, meant that if we are one in Christ, we must “bear each other ’s burdens” through “substitution” and “exchange.” Though the heart of romantic theology is eros, the corporate form explored here is a devoted, Christ-quickened philos, where the chief virtue is to “lay down one’s life for one’s friends.”

This principle of co-inherence is present in one form or another in each of Williams’ novels, and acts as a sort of Rosetta Stone in unlocking a deeper layer within already entertaining narratives. Usually anchored in the discovery of some ancient religious artifact, such as the tesseract-like Stone of Solomon of Many Dimensions or the Holy Graal found in War in Heaven, each story demonstrates both the earthly function and eternal futility of human will, made its true self only in self-sacrifice.

But while Williams’ novels are certainly deeply layered with theological ruminations, he doesn't skimp on rich narrative, clever dialogue, and steady pace. War in Heaven, for example, transplants the legend of the Holy Graal to the English countryside and pits a depraved literary publisher and his fellow magicians against a jovial Archdeacon, a publishing agent, and a Duke as they all vie for the powerful cup of Christ. Unsurprisingly reminiscent of C. S. Lewis’ That Hideous Strength (which Tolkien claimed was heavily influenced by Williams), Arthurian legend is sprinkled about the narrative as Williams bridges the past and present under the Graal quest and explores the philos expression of co-inherence.

A much more occult-driven tale, The Greater Trumps centers around a rumored deck of tarot cards that have the ability to control the weather. Again, a cast of characters attempt to control an artifact way beyond their ken, and are tossed into what Williams calls, “the Dance” at the center of all things. Since Williams was a one-time acolyte of A. E. Waite, co-creator of the well-known Rider-Waite deck and founder of the Rosy Cross, it’s no surprise tarot makes an appearance.

Thus, perhaps what is best about Williams ’ storytelling is his courage to bridge the allure of magic with the uncompromising truth of Christianity under the banner of engaging narratives. In each story, characters on each side of the hero-villain divide attempt to enact their will upon an eternal thing and find themselves—not only despite but through their freedom of choice—bound to a Will much greater.

Gregory Persimmons, the literary magician hellbent on the Graal in War in Heaven, finds his plans consistently foiled by something higher than he, and yet continues to lash out in service of his lord, Satan. He soon comes to realize that all his strategy and machinations have done nothing but bring about a greater victory for good in the end. In a similar vein, the character Mornington later reflects on having assaulted Persimmons on account of his blasphemous language. The Archdeacon admonishes him for this behavior, as Mornington had acted out of the same spirit of hate Persimmons partakes in. “But he insulted God,” Mornington insists. The Archdeacon replies, “How can you insult God?... about as much as you can pull His nose.” The best laid plans of mice and men are merely parlor games in the end.

As our modern conception of romantic love tends to err strongly on the side of a narrow, self-indulgent form of eros, so does our modern Christian storytelling often default to bland regurgitations of secular “been-there-done-thats.” This is what makes Charles Williams so refreshing. His narratives are not evangelistic attempts to make converts of his readers, nor do they eschew their allegorical and theological richness for the sake of more palpable themes.

Christian fiction of this stripe is the prescription we need for both our half-hearted evangelism and lackluster narratives. Much like the legacies of Lewis and Tolkien, Williams allows the interplay of narrative and theology to run wild through the fields of his imagination and the result is impactful and timeless, albeit lesser noted.

Here, Christian belief is portrayed as a reality to be taken seriously with story as its core, not merely its vehicle. It’s this assertion that allows Williams to traverse the occult-religious divide with such grace. God isn't threatened by our silly attempts to control, because the playing field isn't even. How can you insult God? About as much as you can pull His nose. But as Williams’ novels attest, wild things can happen when you try.

When I was younger, I’d often take my favorite stories to a secret place. Sometimes the middle branches of an apple tree, sometimes a hollowed overgrowth of blackberry vines in the woods. There, my imagination bloomed alongside a growing need to keep special stories sacred; to be patient and savor them, set aside time for full attention, and be overtaken by what seemed just a breath beyond the veil between worlds.

As I grow closer to thirty, my ritual still stands. I’m taking my time with Williams nice and slow, still a few adventures left before my last. As I read War in Heaven this winter, curled up on a warm window seat in my kitchen, my mind drifted to the future recommendations I hope to make to my children. “Wait til you get a load of these,” I’ll tell them, unearthing a crate full of volumes as my mother did with me. Williams will maintain his place in the stacks, and I’ll partake in the same zeal my mother felt, the cycle continuing. But that’s the thing with fantasy: it’s always “ever after.” Even so, I think I’ll take my time.

Abbey has been published by Forefront Festival & Staseos

Ekstasis is a publication and community that seeks to revive the Christian imagination by publishing work that slants toward the triumphant and glorious aspects of life in Christ, framed through the arts and literature.

Ekstasis aims to be a kind of digital cathedral, where we can have sanctuary from the noise, and find a place that captures our attention through loving art and luminous words.

Eternity in Our Heart

The End of Desire