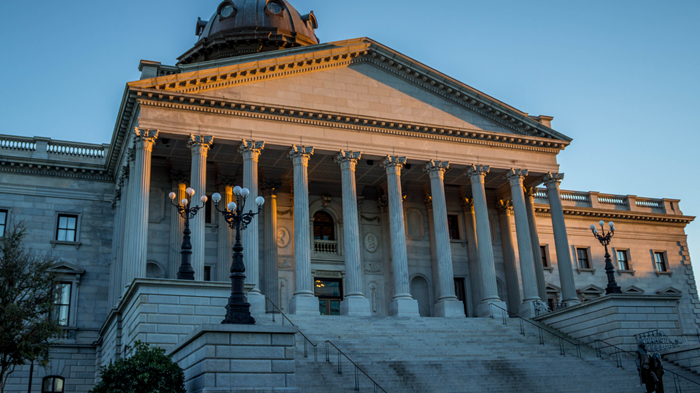 Two years in, the Trump administration has continued to extend protections for conservative Christians to keep their faith in the public square—and in some cases, backed by federal dollars.

The latest example came this week as the US Department of Health and Human Services (HHS) granted a waiver for faith-based foster care agencies in South Carolina to restrict placements to families that share their beliefs, provided they refer those who do not qualify to other organizations.

The decision came in favor of Miracle Hill Ministries, a Christian organization that recruits 1 in 6 of all foster families in the state but risked losing its license (and more than $500,000 in annual funding) due to its placement policy, which excludes non-Protestants.

HHS opted to waive Obama-era requirements that barred publicly licensed and funded foster programs from discriminating on the basis of religion, instead citing protections for faith-based organizations to participate under principles set forth in the Religious Freedom Restoration Act (RFRA).

This move follows a trend under President Donald Trump and under HHS purview in particular to rescind earlier restrictions in favor of policies that defer to religious conscience.

“By granting this waiver, President Trump and [HHS Secretary Alex] Azar have shown the entire world that, as Americans, our fundamental right to practice religion, regardless of our faith, will not be in jeopardy under this administration,” South Carolina Governor Henry McMaster said in a statement.

During the first half of his term, Trump repeatedly spoke of religious liberty as a priority, but hadn’t always offered specifics. An executive order on religious liberty issued his first year in office came with a pledge to “never ever penalize any person for their protected religious beliefs.”

Then came a Justice Department memo doubling-down on RFRA compliance among federal departments. At the time, University of Virginia law professor Douglas Laycock told CT, if the administration followed through on its renewed commitment to religious liberty in federal regulations, “it is a potentially big change.”

That change has unfolded in federal health care policy in particular—previously an area of concern for evangelical and pro-life Americans who opposed the Obama administration’s contraception mandate under the Affordable Care Act. In addition to offering relief to groups continuing to fight the mandate, the Trump administration launched a new HHS division in 2018 to protect health workers’ conscience rights, such as those who decline to perform abortions or assisted suicides. Last year, the department also offered states greater leeway to bar Medicaid funding from Planned Parenthood and other abortion providers.

The HHS decision on Miracle Hill comes through the Administration for Children and Families (ACF), which determined that the antidiscrimination requirements would be “a burden to religious beliefs that is unacceptable under RFRA,” since the South Carolina ministry sees placement in Christian families as a part of its faith-driven mission. The ACF’s acting secretary added that Miracle Hill must agree to refer parents who don’t meet its faith requirements—which would include Jewish, Catholic, and same-sex couples—to other agencies.

“The significance of this waiver must not be lost. Faith-based organizations are a vital part of the community of care our country needs to serve children in crisis,” wrote Chelsea Patterson Sobolik, policy adviser with the Ethics and Religious Liberty Commission (ERLC) of the Southern Baptist Convention, which celebrated the news as a potential precedent for other states where religious agencies have come up against similar regulations.

“All institutions should have an equal seat at the table, and many faith-based organizations have made it clear that they are more than willing to provide referrals to other placement organizations.”

While the ERLC and other conservative groups saw the decision as a victory, it also represents a unique kind of religious freedom case.

Christian adoption and foster care programs—also called child-placing agencies or CPAS—in several states have fought for the right to decline placement to gay couples on religious grounds. As CT reported in 2017, Texas and South Dakota protect state funding for faith-based agencies, and at least five others allow agencies to put forth faith-based restrictions but not if they receive public dollars.

“There are two separate issues with faith-based CPAs,” said Kelly Rosati, a longtime adoption and foster care advocate and the mother of four children adopted from foster care. “No. 1: Can they get government funds in the form of contracts if they discriminate in proscribed ways? No. 2: Will they be shut down and not allowed to even operate (by way of licensure) in their needy communities with privately raised charitable funding?

“As I understand it, the exemption from HHS authorized [Miracle Hill] to operate with their limitations while also receiving federal funds. That is noteworthy and unusual,” said Rosati, a former Focus on the Family vice president. “I think all faith-based CPAs should be prepared to serve their communities without government funding and must be allowed to do so.”

Robin Fretwell Wilson, a University of Illinois law professor known for her work advocating a middle way between LGBT protections and religious liberty, similarly suggested on WBUR’s On Point that the government should have more regulatory authority over faith-based agencies that accept public money.

The debate over whether Christian organizations should welcome these grants in the first place took off when President George W. Bush established the first White House Office of Faith-Based and Community Initiatives and offered religious organizations the chance to compete for $10 billion in funding for social service projects. The opportunities continued under President Barack Obama’s Office of Faith-Based and Neighborhood Partnerships. Trump has called his own version the Faith and Opportunity Initiative.

But the Miracle Hill case goes beyond the typical “culture war” debate between conservative Christians and LGBT advocates and defends faith-based organizations’ rights to restrict based on affiliation and belief.

“The public perception feels really different. I’m going to send away someone who’s also a believer?” Wilson said. “It tests our religious freedom in a different way.”

She points out that there’s a case to be made that faith-based organizations can play a unique role recruiting and energizing potentional adoptive families from within their own tradition, with each agency being able to contribute their own focus to the lineup of foster programs in the state.

He describes the bill as preventing “the government from appointing itself as an evaluator of what constitutes acceptable theology” as well as working “to ensure that Catholics can be Catholic and Baptists can be Baptist.”

“While some interpret these organizations to be seeking a license to discriminate, I think that Catholic adoption agencies, for example, are just trying to be, well, Catholic. Similarly, the Baptist adoption agency licensed by the state is simply asking for the right to be consistent in their theological beliefs as they go about the important work of serving children and families,” he wrote in a USA Today op-ed last year.

Though there are other avenues available for prospective foster parents who are Catholic, local church leaders expressed disappointment in Miracle Hill’s position, now protected through the HHS exemption.

“Catholics in the Upstate of South Carolina learn very quickly that significant numbers of our neighbors who are deeply committed disciples of Jesus, do not think that we are,” Greenville priest Jay Scott Newman told Religion News Service. “That’s just a fact of life. They are part of a Reformation tradition that still regards Catholicism as a false religion.”

CT previously reported on the Texas law allowing faith-based agencies to use policies that restrict placement based on faith, sexuality, or marital status, as well as on a couple in Canada whose foster child was removed from their care due to their Christian beliefs and traditions around the Easter bunny.

Foster Ministry Gets to Keep Protestants-Only ...