The author of Walk On: The Spiritual Journey of U2 talks about why politicians listen to Bono
Todd Hertz|April 01, 2002
Interview
The Growing Legacy of The Choir

Andy Argyrakis|February 18, 2002
Interview
A Troubadour and His Guitar

Once poised for folk-rock stardom, John Michael Talbot chose a quieter path
Douglas LeBlanc|October 22, 2001
Entertainment
Can Any Good Thing Come Out of Hollywood?

An interview with producer Ken Wales
September 01, 2001
Interview
To Embrace the Enemy

Is reconciliation possible in the wake of such evil?
interview with Miroslav Volf|September 01, 2001
Interview
The Man Who Ignited the Debate

The founder of Weigh Down responds to her critics.
An interview with Gwen Shamblin|August 25, 2000
Interview
Incarnating Mystery

Michael Card argues that a proper view of Christ is a key to creativity.
By Wendy Murray Zoba|July 28, 2000
Interview
Sex and the Single Christian

What about the unmarried in their postcollege years?
An interview with Steve Tracy|July 07, 2000
Conversations
Peter Jennings on Jesus

ABC anchorman Peter Jennings discusses what moved him as he filmed a special on the life of Christ.
Interview by Douglas LeBlanc|June 12, 2000
Conversations
Carl Ellis on How Islam Is Winning Black America

Now is the time to turn the tide, says apologist Carl Ellis.
Interview by Edward Gilbreath|April 03, 2000
Interview
The Clumsy Embrace

How journalist Cynthia Gorney has helped both sides of the abortion debate to view the other side honestly.
Interview by Wendy Murray Zoba|April 27, 1998
Conversations
Robert Bork: Give Me Liberty, But Don't Give Me Filth

An interview with William Martin.
Interview by David Neff|April 28, 1997
Interview
Apostle to the City

To urban expert Ray Bakke, cities are the laboratory of God's mission in the world, not a problem to be solved.
Interview by Richard A. Kauffman|March 03, 1997
Interview
Apostle to the City, Part 2

To urban expert Ray Bakke, cities are the laboratory of God's mission in the world, not a problem to be solved.
Interview by Richard A. Kauffman|March 03, 1997
Book Briefs
Of Trains and Torture 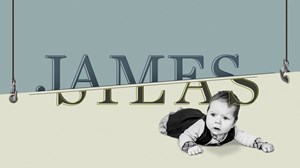