A number of prominent leaders, scholars, and benefactors of the early church were women and—despite neglect by many modern historians—the diligent researcher can still uncover a rich history.
Catherine Kroeger

Women were the last disciples at the cross and the first at the empty tomb. they remained integral to the work of the church in its early centuries. Catherine Kroeger scours historical data to compile an impressive collection of stories about noteworthy women in the early church.

One of the best-kept secrets in Christianity is the enormous role that women played in the early church.

Though they leave much unsaid, still, both Christian and secular writers of the time attest many times to the significant involvement of women in the early growth of Christianity.

Celsus, a 2nd-century detractor of the faith, once taunted that the church attracted only “the silly and the mean and the stupid, with women and children.” His contemporary, Bishop Cyprian of Carthage, acknowledged in his Testimonia that “Christian maidens were very numerous” and that it was difficult to find Christian husbands for all of them. These comments give us a picture of a church disproportionately populated by women.

Why? One reason might have been the practice of exposing unwanted female infants—abandoning them to certain death. Christians, of course, repudiated this practice, and thus had more living females.

Also, in the upper echelons of society, women often converted to Christianity while their male relatives remained pagans, lest they lose their senatorial status. This too contributed to the inordinate number of women in the church, particularly upper-class women. Callistus, bishop of Rome c. 220, attempted to resolve the marriage problem by giving women of the senatorial class an ecclesiastical sanction to marry slaves or freedmen—even though Roman law prohibited this.

These high-born Christian women seized upon the study ... 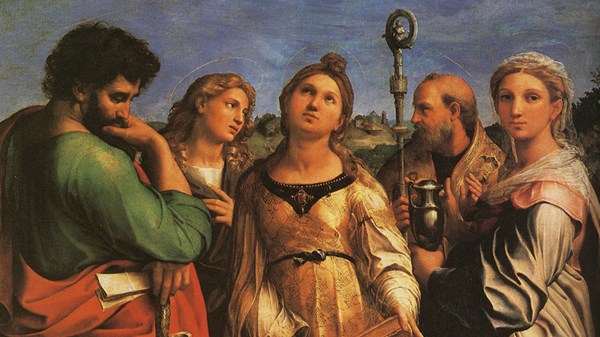 This article is from Issue 17 of the Christian History archive.