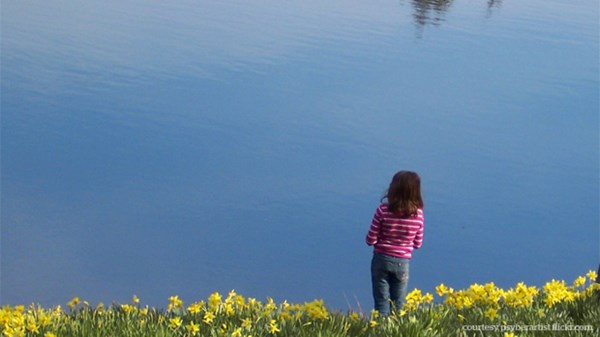 Why Christians Can Raise Kids Anywhere: A Response to Kathy Keller

Kathy Keller, writing recently for the City project, is right to remind Christians that it's possible to raise creative, compassionate, confident, and faithful children in cities. I get it: Christians, like many other white Americans, have long fled cities to get away from immigrants and poor people; that was much the impetus behind the Long Island suburbs, where I lived in my high-school years. But city living isn't for every Christian—and if my family's story is any testimony, Christians can learn to engage the world and contribute meaningfully to culture just about anywhere.

My parents, my grandparents, and I were all born and spent our childhoods in New York City; my great-grandparents were immigrants. They were factory workers, horse trainers, personal chefs, nannies, maids, cops. My parents were free to roam the city streets and take the subway; they had friends of every ethnicity, religion, and social class. I grew up measuring the length of things in city blocks, visiting city museums, and taking public transportation. Since high school, I've lived in Philadelphia and Chicago, a town of 200 people in rural California, a small East Coast village, and two very different European university towns.

Of all these places, the place I recommend you raise your kids is—anywhere you are. I'm not sure the place is the point at all.

Take my brother-in-law, Paul, who grew up in rural California and Montana, a state whose population only recently topped 1 million. He and his brother (my husband) built forts and tree houses and learned to hunt, fish, hike, and backpack in rugged conditions, ride horses, chop wood, and generally work very hard.

Maybe they didn't take in a lot of theater or opera or visit many art museums, but if culture is what humans make of the world, you better believe they grew up with a strong sense of their own potential and strength as culture makers. Today they can build houses from scratch, grow food, and repair just about anything. (Paul even taught himself to knit so he could teach his daughter, who wanted to learn.) They stop to help neighbors. And they have that elusive quality of being thoroughly comfortable in their own skin in almost any setting. My husband has a Ph.D. from a top European university; we've lived everywhere from a sketchy studio in Rogers Park, Chicago, to the "home of golf," St. Andrews, Scotland.

Paul, meanwhile, owns and runs a factory in one of Philadelphia's most crime-ridden neighborhoods. He employs ex-cons and recovering addicts, investing a good deal of energy and tough love in giving some of the city's most vulnerable another chance. And he has constructed art studio spaces (some out of old windows!) on empty floors of his factory that he rents to local artists and students from the nearby Tyler School of Art. His transition from country boy to city dweller was less a jump than you might assume. So many skills learned in his rural upbringing—self-reliance, confidence, hard work, compassion, resourcefulness, creativity—prepared him for exactly the kind of work he does today.

A person doesn't need to grow up in a city to learn to be comfortable anywhere, with anyone. In some ways, the constant distractions and possibilities of consumption cities offer can be at odds with what it takes to be a culture maker—whether as a scholar/teacher/gardener, like my husband, or an entrepreneur/employer/craftsman-creator, like his brother.

In a response to Keller, fellow writer Monica Selby notes that she needs the open spaces that most cities don't have, a craving I also experience, as do my children. And in our years living in a town of 200, we met people who were simply not built for city life. I think of our friend Jerry, a brilliant and creative craftsperson who grew up in a city and couldn't wait to leave; he needed the space and quiet that rural life makes possible for his boat-building, his cabinet making—for his practical, beautiful works of art.

It's possible to follow Jesus in suburb, city, or rural setting. Even life in a town of 200 was full of more people in need—people who were poor, people who were addicts, people who were rich and lonely—than we could serve, as well as more hikes and adventures than we could fit into our days. So we had to drive an hour to a restaurant or movie theater. But you couldn't beat the views of mountains, stars, birds, even of foxes, coyotes, bears, and (once) a mountain lion, or, for that matter, the rent: $400 a month.

Which brings me to a final point about Keller's unfettered praise of city life: Clearly her family wasn't living in West Harlem or sending their kids to one of New York City's at-risk schools. They could afford to live in "better" neighborhoods, to get grocery delivery, to enrich their children's lives with all the cultural offerings, most of which cost money—lots of it. It's easy to romanticize city life when you can pay for a first-class urban experience; less so when you can afford only section 8 housing and spend your food stamps at corner stores that specialize in cola and candy but not produce. Jesus' followers belong in those places, too, but there are no "shoulds" about it.

Or maybe there's just one: You should love God and your neighbor, wherever you are.

Rachel Stone is a regular contributor to Her.meneutics. She blogs at Eat with Joy.

Just a few bible verses to add to the discussion: Malachi 1:11 - For from the rising of the sun even unto the going down of the same my name shall be great among the Gentiles; and in every place incense shall be offered unto my name, and a pure offering: for my name shall be great among the heathen, saith the LORD of hosts. We are one Body in Christ song - http://www.youtube.com/watch?v=lqfn75wgfYA&feature=related

Matthew 28:18-20 18 Then Jesus came to them and said, “All authority in heaven and on earth has been given to me. 19 Therefore go and make disciples of all nations, baptizing them in the name of the Father and of the Son and of the Holy Spirit, 20 and teaching them to obey everything I have commanded you. And surely I am with you always, to the very end of the age.”

Ephesians 4:4-6 4 There is one body and one Spirit, just as you were called to one hope when you were called; 5 one Lord, one faith, one baptism; 6 one God and Father of all, who is over all and through all and in all.

Why Christians Can Raise Kids Anywhere: A Response to Kathy Keller