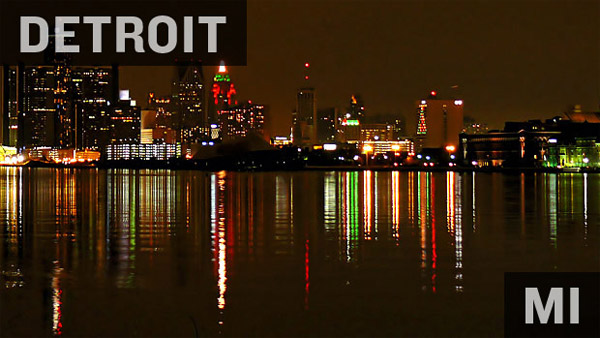 Detroit: Mission in the Motor City

What happens when a city shrinks? Detroit is finding out. The city has been the center of outsized stories its whole life, from the booming days of the Motor City (and Motown) to the painful upheavals of the 1967 riots. Yet Detroit also has outsized hope, a muscular refusal to give up, and, not least, resilient and committed churches and Christian leaders. And the city is seeing an influx of artists and entrepreneurs who see in Detroit's lovely bones a chance to create something new and beautiful.

Some leaders say their city could become the first to practice restorative justice across the board.
Charles Honey

How Reformed church leaders are bridging the wide divide between East and West Michigan.
Derek Atkins

How Peacemakers International is giving Detroit drug dealers and prostitutes a hope and a home.
DetroitBlogger John

How the Motor City became America's whipping-boy city--and how Christians can stop the hate.
Aaron Renn

Covenant Community Care is the only faith-based, federally funded health center in Michigan. It may also be the most Christlike.
Stefanie Bohde

Gardening to Make Beauty Out of Blight

Riet Schumack is growing more than flowers among her Brightmoor neighbors.
Nathan Clarke

In a city Billy Graham called one of the most divided he'd ever seen, a new church-unity movement is all the more profound.
Charles Honey

What Detropia Gets Right, and Wrong, about the Motor City

The new documentary is part of the same paternalism that it critiques.
Aaron Renn

The Art of Restoration Amidst Detroit's Ruined Walls

How Christians are spearheading the urban farming movement in Motor City.
Melissa Steffan

Detroit's list of maladies is long. But some Christians' commitment to its renewal is longer.
Katelyn Beaty