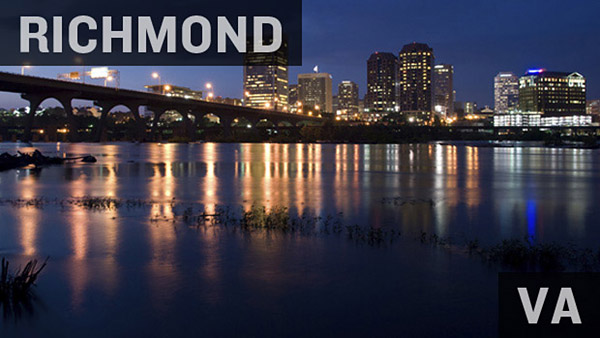 The history here is as thick as the air on a summer evening — from the stately homes lining Monument Avenue to the timeless brick warehouses along the James River. Richmond today hums with energy thanks to a thriving arts scene, up-and-coming colleges and universities, and innovative national corporations whose headquarters anchor the local economy. But on a still night you can also hear the humming of Richmond’s past: port of entry for the Atlantic slave trade, capital of the Confederacy, and site of urban-suburban divisions as stark as any in America. Yet it’s here that a multicultural and multiclass generation of Christian leaders are building new kinds of institutions that take Richmond’s future as seriously as its past.

How a new housing ministry is welcoming the newly arrived.
Fritz Kling

Why the Rest of Your Week Matters to God

Walking toward Wellness: How Healthy Eating Informs Our Kingdom Work

What happens when a Richmond-based concert venue asks audiences to be completely silent.
Rebecca Parker Payne

Fritz Kling and Tim Holtz share how the Richmond Christian Leadership Institute has prepared over 150 diverse leaders under age 40 to serve their city well.
Interview by Andy Crouch

The qualities that have made the Richmond Christian Leadership Institute flourish in five years are key to any leadership program, anywhere.
Andy Crouch

Bolder As I Got Balder: How God Used Breast Cancer to Give Me Courage

A cancer diagnosis inspired Kim Newlen to create something beautiful for other women.
Nathan Clarke

For Harrison Higgins, building beautiful furniture is not simply a steady job but a sacrament unto God.
Nathan Clarke

How local Christians are building human capital through public health—one man at a time.
Katelyn Beaty

Why Christians in Richmond, Virginia, and elsewhere are choosing to send their children to struggling public schools.
Amy Julia Becker

Like the old mansions gracing my streets, Richmond itself finds its beauty in the very places it needs the most work.
Fritz Kling

Marking the Place of Sin and Grace: The Meaning of Our City Monuments

Communities tell their stories through public landmarks. What does your city's landmarks say about you?
Nathan Clarke

Zoning the Land for the Glory of God: A Developer's Lament

With the current land-use patterns in the U.S., seeking biblical justice is near impossible.
Rob Lanphear

Coffee. And It Was Very Good

When humans and creation interact, it's a good thing.
Nathan Clarke