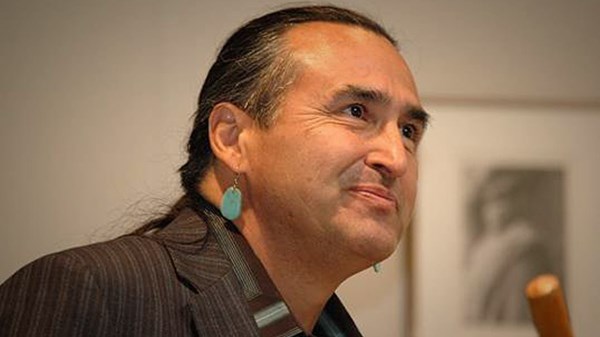 CT contributor Richard Twiss died this weekend of complications following a heart attack while he was in Washington, D.C. for the National Prayer Breakfast. Twiss was co-founder and president of Wiconi International, an organization that aims toward reconciliation between Native Americans and other Americans.

CT profiled Twiss as part of its This is Our City coverage last year. Twiss also recently wrote about his faith journey for CT's sister publication, Leadership Journal.

When I went to hear Richard Twiss speak at a "Race Talks" event at a popular pub in Northeast Portland, I was struck by how he spoke of his faith.

"I am a follower of Jesus, though I would not call myself a Christian," Twiss said. On several occasions, Twiss asked the audience to consider their own spiritual journeys. It was remarkable how naturally he turned the conversation to spirituality at a city-sponsored event.

"Native American people are in a unique position to talk about spiritual things while many evangelicals are not," Twiss explained. "In this context in particular, they would likely be viewed as narrow-minded, religiously intolerant, and self-righteous."

Twiss, 57, is a member of the Sicangu Lakota Oyate from the Rosebud Sioux Reservation in South Dakota. His mission, as co-founder and president of Wiconi International, is to foster understanding and reconciliation between Native American people and other sectors of Americans. After years of speaking to national and international audiences, Twiss is turning the focus of his passion for empowering those with diverse backgrounds to his hometown of Portland/Vancouver.

His journey from the Rosebud Reservation landed Twiss and his family in Silverton, Oregon, in 1962, when, in the third grade, he began learning to navigate between two worlds.

In 1972, Twiss returned to the reservation and participated in the takeover of the Bureau of Indian Affairs Office Building in Washington, D.C., with the American Indian Movement, who were protesting the government's breaking of treaties. During this time, he told me, he started to hate white people and Christianity.

Richard Twiss (may he rest in peace)said, according to CT "I am a follower of Jesus, though I would not call myself a Christian". While I can understand why the late brother and many others would not want to identify with 'what "missionaries and Christianity' historically did to native and other peoples, I wonder whether it is not naive to refuse to use the word 'Christian' to describe oneself when it is an authentic New Testament term (see Acts 11:26; 26:28). 1 Peter 4:16 says 'if you suffer for being a 'Christian' do not be ashamed, but praise God that you bear that name'. When one uses the name 'Christian' it may undoubtedly call to mind the evils committed in that name. It should however, also remind us of the countless many who, renewed in heart and mind, lived and died for the one in whom they were made 'new creations'. One may indeed have to walk a fine line to be effective at cross-cultural witness, but should one do this at the expense of denying a genuine New Testament name?

Loved the article but would have been nice if someone proofed it before publishing since it appears at times the article is written without taking into consideration his tragic passing! He was clearly a prophetic voice among us!!