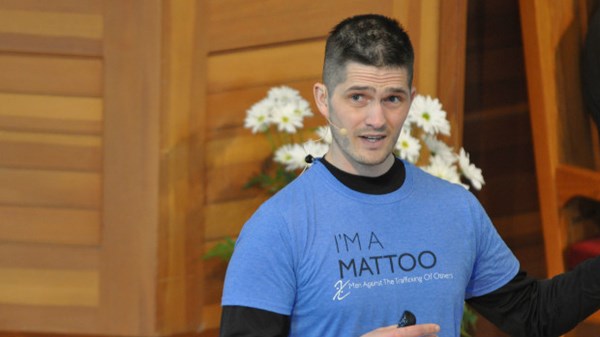 Yes, Sometimes We Can Serve Both God and Mammon

I've always believed that the church exists on earth for the sake of mission—the tangible, embodied love of Christ. It's the one thing we do on earth that we won't do in heaven. More than well-done music and a well-honed sermon in a well-crafted building, the church is called to take up concrete things done with and for other people: feeding the hungry. Visiting the sick. Loving neighbors. Speaking truth. Loving enemies. Sharing the gospel.

Given this, it seems odd that many churches treat mission with nickel-and-dime efforts: a few hundred dollars a year to this agency, another check to that, a short-term trip here and there. Churches outsource much of their mission work to specialized organizations. Though both efficient and expedient, doing this has a way of teaching us to be donors instead of doers.

Arriving as the new minister at my church—a fairly affluent, Midwest, middle-aged, suburban church in the Congregational model—I became convinced that God was calling us to something we could we do together that none of us could do alone. Historically speaking, common mission boosts enthusiasm, deepens prayer, builds community, and bears fruit for the kingdom. While no single church can go to all ends of the earth (and should not aspire to), surely ours could marshal its ample resources for a bigger splash than we were making.

Unfortunately, my missions pitch sounded exhausting. Like many a mainline, our congregation has its share of gray hair. This means more wisdom and life experience than the hip churches that older congregations envy. But wisdom without energy means that mission goes undone. We needed to integrate a younger demographic into our church. Regrettably, with the so-called "rise of the nones" (the population of adults indicating no religious affiliation), integrating younger people into our church was a challenge. Pop music worship and entertaining children's programs no longer sufficed.

God has obviously given D. Harrell a talent and with his congregation he has put it to good use. If this experiment served the needs of the congregation, then it also helped solidify and strengthen their sense of community, duty and service to each other. Wasn't this experiment similar to what some in the early church did when they sold what they had and gave it to the church to meet the needs of others in their congregation? When in S. Africa I visited the Krishna temple and saw the kitchens they have to feed children in schools and the destitute. Don’t we have a greater responsibility? We were called to tell the world about Jesus dying to reconcile us to God. But we were also told not to forget the widows, orphans and those in prison. These days we can add to that the hungry, unemployed, the financially strapped, students, and single mothers in our congregations. But above all, of course, is Christ. We do it not for profit or growth, but because in Christ we should provide and support each other. Our allegiance is not divided. We serve Christ and Him alone. But we must also care for each other.

Rick: We are called to not sin. The sins of Christians take away from their witness to Christ. Serving mammon, making material gain the first priority, is clearly sin. Far too many Christians are silent about the greed and money making priorities of our society, and complicit in it. For Christians to effectively bear witness, they must be 'in' the world, not 'of' the world. The aim of these individuals to create 'businesses' whose priority is service, not 'maximizing profit', does not take away from 'preaching' the gospel and the good news. It is the application of it, and not some kind of 'social engineering'. It gives Christian witness to the materialism and greed, the misplaced aims of worldly 'business' practices.

Paul literally gave an early taste of fulfillment of this Matthew 25 scripture. He was persecuting Christians, taking away their homes and throwing them in jail. Jesus stopped him on the road to Damascus and said, “Saul, Saul, why are you persecuting ME?” Saul echoes the very question of Matthew 25, “Who are You, Lord?” And He said, “I am Jesus whom you are persecuting” Jesus’ identification with His disciples is so deep that if you mistreat a believer for their faith, you are mistreating Jesus in disguise. Saul was imprisoning the brothers and sisters of Jesus exactly because they were Christians and Jesus said, you are persecuting Me, which surprised Saul. There is nothing wrong with building non-profit Payday loan businesses, building printing shops or mobile grocery markets, or other businesses that benefit society, it is right and good, but this is not the primary mission of the church. Jesus was very clear about our mission and then we see it played out in Acts.

Yvette, when the disciples ask at the beginning of matthew 24 “when will these things happen, and what will be the sign of Your coming, and of the END OF THE AGE?” He spends two chapters answering what the times will be like. He describes them with 3 parables ending with the judgement. The residents of earth are sent to hell for mistreating Christians who are persecuted and imprisoned for faith. He says, “to the extent that you did it to one of these brothers of Mine.” Who are His brothers? He tells us several times in Matthew. “And stretching out His hand toward His disciples, He said, “Behold My mother and My brothers! For whoever does the will of My Father who is in heaven, he is My brother and sister and mother.” His brothers are disciples. This is not a passage urging us to alleviate world poverty and visit all prisoners in the world or risk going to hell. Its subject is the treatment if disciples in the end times. Some mistakenly use this passage to encourage social engineering.

Well the title was off-putting, but it did its job: it got me to read the article, which I liked. This church's program is kind of like a U.S. version of the microcredit programs many churches and nonprofit fund in developing countries to help impoverished women earn funds to send their children to school etc. except in this case the loan wasn't micro. I always thought we needed those kinds of microcredit programs here to help poor families themselves or others who don't have money to start their business. Banks are only an option if you already have money. Microcredit loans would be especially helpful when a person has a criminal history and can't get hired. To Rick: I get your offense at the title, but using money to help people help themselves is not serving Mammon; it is mission that helps "the least of these," Christ's brothers and sisters. That's a good thing. There's plenty of Mammon worship in our society today, but this isn' it.

Yes, Sometimes We Can Serve Both God and Mammon

Harrell awards one of the winners of the Innove contest.