When Is a Broken Person Ready to Lead?

5 questions to determine whether the hurting are ready for responsibility.
by Daniel Brown with Bob Moeller 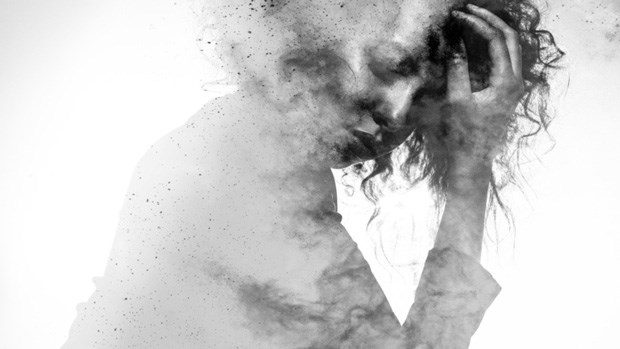 A man who joined our fellowship came out of the Jehovah's Witnesses. Three months after his conversion, his daughter died. Then the woman he had been dating broke off their relationship.

If that weren't enough, his business collapsed; it's now half of what it used to be.

Today, this man comes to three weekend services. He can't seem to get enough of God. He's not ready for significant leadership right now. But he's on the way toward the healing that could one day make him a powerful servant leader.

When will that be?

Knowing when a broken person is ready to lead can be difficult to determine. Here are five tests I use to measure whether someone is ready.

1. Are they honest with themselves?
Recently, a former Navy pilot stood in a meeting and said that his charter-flying business had gone bust. He lost everything-his planes, his income, his dream.

He told us how he had struggled with bitterness and disillusionment until someone at church made an offhand comment: "The reason God can't do anything miraculous in your life is because you want to control everything."

That bracing remark caused him to search his soul. He admitted to the Lord, "This whole thing has been about me and my goals for my life." He asked for God's forgiveness.

This story shows the pilot's true spirit. I can work with broken people who recognize they're broken. People who can't admit their sin, though, make me nervous. This pilot is now on a trajectory toward becoming a cell group leader.

2. Are they in community?
Several years ago a dynamic man, who possessed a number of spiritual gifts, started attending the church. He had an uncanny insight into what God was doing in a person's life (what some call "a word of wisdom").

As he moved into more visible leadership, I told him, "If you're going to help people, you've got to be in relationship with them. Otherwise, you'll never convince them you're just an ordinary guy working for an extraordinary God."

Over time, I sensed he was balking. I recommended he offer training in discerning God's will from the Scriptures to several cell groups. I said, "Why don't you go out to dinner with the leaders of these cell groups? You need to establish friendships."

His face reddened. "Look, I'm 51 years old," he said. "What I want to do is ministry. I don't have time to waste on anything as frivolous as building relationships."

"Then you won't minister at this church," I replied.

He had failed a critical test of leadership. Community is essential to biblical leadership. If a person can't build deep friendships that include accountability, that person is not ready to lead in the church.

3. Will they labor in obscurity?
Katherine has the poise and stage presence of Snow White and was on our worship team. While never flashy in her song leading, people began to stumble over her seeming flawlessness. My concern was people were beginning to think of her more as an image than as a real person.

I asked her, "Katherine, why don't you do something other than sing in the services for a while? Maybe you could work the sound board or something like that."

She intuitively understood my concern.

"That's a super idea," she said. She gladly took a job out of the public eye.

After months of working in an obscure slot, she and her husband eventually became our worship leaders.

I no longer worry about Katherine's stage presence; I know she doesn't have to be front and center in worship.

A person isn't ready to lead until he or she is ready to disappear, to accept an obscure position and find fulfillment in that unseen role.

4. Are they flexible?
One of our associate pastors tended to overreact to people when he felt threatened. At times, his defensiveness would almost cross the line into belligerence. I had been patient with him for years, but by allowing him to be pushy with people, I risked communicating to our congregation: "It's okay to be brusque and rude with people if you're a spiritual leader."

The situation was complex, but as a direct result of this problem, I asked him to resign.

The rest of the story is that I asked the church leadership to participate in his restoration. We hired him back as soon as we fired him-but as an assistant pastor, not an associate. His secretary and some of his perks as an associate were taken away. Today, he's becoming more flexible and patient with those he serves.

5. Are they faithful in little?
Jesus said, "If you've been faithful in little, then you will be made master of much." I view readiness to lead as a process. It begins months and years earlier when people are asked to do something as simple as pass out bulletins. Once they're found faithful doing that, we move them to something more demanding.

I recently told a woman who works on our staff, "In my mind, I actually hired you about three years before you came on staff."

She looked at me quizzically. "What do you mean?"

"I decided to hire you after I watched you and your husband carry those big, silver coffeepots up and down the hallway week after week. No one else knew what you were doing, but I saw how eagerly you took on the task. That's when I decided you were someone we needed on our staff."

Daniel Brown is pastor of Coastlands Church in Aptos, California.

When Is a Broken Person Ready to Lead?