Could you be a Barnabas to someone?
Aubrey Johnson 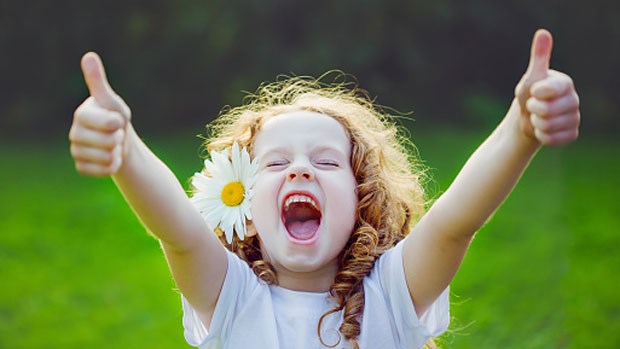 Human beings are social creatures instilled by God with an innate desire to spend time with other people. That is why isolation is such a powerful form of punishing antisocial behavior. Disruptive prisoners are placed in solitary confinement. Disobedient children are sent to their rooms. Although everyone has an occasional need to be alone, prolonged isolation can be psychologically painful or even damaging.

When people come together, they have a lasting influence on those with whom they interact. Whether that influence is helpful or hurtful depends on the development and utilization of encouragement skills. Encouragers are people who are unusually effective in relating to others in a positive way. They are pleasant to be around because of their optimism and enthusiasm about life. They radiate a quiet self-confidence which enables them to focus on others rather than demanding constant attention to fulfill their emotional needs.

Encouragement builds healthy self-esteem. It enables people to live with themselves despite their human frailties and imperfections. At the same time, it provides the power needed to make significant changes in personality and behavior. The goal is not self-satisfaction but self-acceptance during a lifetime of spiritual growth.

Encouragers make excellent friends, endearing family members, and highly productive employees. They also are extremely effective as Christians. Christianity is a relationship religion, and encouragement is the chief element in all good personal relationships.

Godly Encouragers from the Past

Encouragement is more than a trend in popular psychology. It is a biblical ministry. In addition to direct commands to encourage (1 Thess. 5:11; Heb. 3:13), the Bible provides numerous examples of godly men and women practicing this spiritual art. Moses, for instance, was commanded by God to encourage Joshua who was about to take his place as national leader of Israel. "Go up to the top of Pisgah, and lift your eyes toward the west, the north, the south, and the east; behold it with your eyes, for you shall not cross over this Jordan. But command Joshua, and encourage him and strengthen him; for he shall go over before this people, and he shall cause them to inherit the land which you will see" (Deut. 3:27-28).

Hezekiah spoke reassuring words to the discouraged people of Jerusalem during the siege of the city by the Assyrian King Sennacharib. "Then he set military captains over the people, gathered them together to him in the open square of the city gate, and gave them encouragement saying, 'Be strong and courageous; do not be afraid nor dismayed before the king of Assyria, nor before all the multitude that is with him; for there are more with us than with him. With him is an arm of flesh; but with us is the LORD our God, to help us and to fight our battles.' And the people were strengthened by the words of Hezekiah king of Judah" (2 Chron. 32:6-8).

Paul was one of the greatest encouragers in New Testament times. Even in jail, he continually looked for opportunities to lift people's spirits. Most notable was his letter-writing ministry to churches in Ephesus, Philippi and Colosse. "For I want you to know what a great conflict I have for you and those in Laodicea, and for as many as have not seen my face in the flesh, that their hearts may be encouraged, being knit together in love, and attaining to all riches of the full assurance of understanding, to the knowledge of the mystery of God, both of the Father and of Christ" (Col. 2:1-2).

Scripture is filled with inspirational stories of men and women engaging in the ministry of encouragement. Just the mention of names such as David and Deborah gives hope to the weary. Prophets like Elijah and Elisha urged their countrymen to maintain a covenant relationship with God. The psalmists cheered the hearts of worshipers by centering their thoughts on the goodness and greatness of the Lord. The apostles devoted their lives to dispensing good news of forgiveness and abundant life in Christ. Clearly, the Bible was written and preserved as a source of encouragement for all ages.

Yet never has the need for encouragement been greater than today. Watching the evening news, one quickly gets a sense that man's search for meaning and happiness has been misguided and unsatisfying. That trend is especially evident among America's youth. The rate of attempted suicide among teens is an indication that they are deeply discouraged. Gang involvement is another clear cry for help. If adolescents do not receive attention and support from parents, they will find it among peers. They desperately want to feel a sense of belonging and to know they matter to others. That desire to belong is so strong that young people will place themselves in great personal jeopardy to satisfy it. Numerous types of risky or self-destructive behavior are related to a lack of encouragement.

Hopelessness is by no means limited to the hormone-driven adolescent years. Adults frequently exhibit despondency in unhealthful practices such as alcoholism and adultery. In most cases, discouragement does not lead to sinful or embarrassing behavior, but it is invariably disruptive to any sense of normalcy in daily life.

The media makes its living by spotlighting extreme examples of human despair, but discouragement can also take milder, less newsworthy forms. Perhaps the most common evidences of hopelessness arc garden-variety depression (feeling down-in-the-dumps) and negative attitudes about the ability to change. Far from innocuous, these beliefs and emotions lead to self-defeating habits that mire people in despondency. Over time, what may appear to be a harmless case of the blues or low self-esteem can ravage a person's ability to function and enjoy life.

People need and desire encouragement regardless of their sex, social status or stage in life. Whether confronting a personal problem or celebrating an accomplished goal, what kind of individuals do people seek out with whom to share their joys and sorrows? Do they search for pessimists and prophets of doom? Do they long to talk with critics and cynics? No, they look for people with a special talent to encourage.

Encouragers clearly bring out the best in others, but what is it that makes them so likeable? The attraction can he traced back to a pattern of behavior that all encouragers have in common. They listen in a way that makes people feel understood. They are patient and slow to judge. Encouragers take time for others and make them feel special. They rejoice in people's personal victories and are sincerely excited for them. Because discouragers lack these qualities, their personalities tend to drive others away rather than draw them closer.

A Matter of Choice

Although the terms "encouragement" and "discouragement" are relative in nature, it is true that every human being will fall more or less into one of these two categories. It is not possible to be all of one and none of the other, but the goal should be to gravitate toward becoming more of an encourager. Like the stock market, everyone will have ups and downs, good moments and bad ones, but each should strive to move in a more positive direction with the passing of time.

Whenever two people come in contact with each other, they will never be the same. After any encounter, they leave either more encouraged or more discouraged. The good news is that you can consciously choose the impact you will have on those with whom you spend time. That is possible because God has provided human beings with the power to make constructive changes in their lives. Becoming a more encouraging person is simply a matter of choice. Personal growth is more likely to occur in a supportive atmosphere, and encouragers are committed to providing that kind of nurturing environment. The encourager's ministry is to help people believe in the possibility of improving their character and circumstances with God's help. The encourager's wares are hope and faith, and they are freely dispensed at every opportunity.