You Cannot Keep People Out of Hell

God does not fault us with anyone's eternal destiny.
by R. Larry Moyer 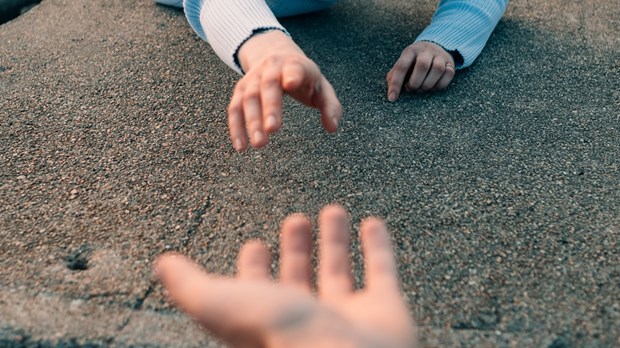 I knew she could do it. Others told me so. Women like her were needed to speak to non-Christian women. Her frequent short-term mission trips had given her opportunities.

But something troubled her. Through a veil of tears, she told me what it was. The more she talked, the more I fought anger, frustration, and pity. A misconception had caused her unnecessary suffering. Using Scripture, I set her free. Then I asked her to write about the misconception so I could use it to help others. Here's what she said:

"Coming from the background I did, I'm guilt-oriented when it comes to evangelism. I feel so badly about it no matter what! If I talk to someone about Christ, I worry that I didn't do it 'good enough.' If I resist an opportunity to share Christ, I feel condemned, like a lousy Christian. When I was a new Christian in college, a preacher said, 'If you don't share Christ with someone, their blood is on your hands.' To some people, that may be motivating, but to me it was just more guilt and condemnation."

That thought—"When you miss an opportunity to share Christ with someone, it's your fault if that person goes to hell"—is often communicated. The actual terminology used is, "Their blood is on your hands." Her observation was accurate—to some, that phrase might be motivating, but it usually instills guilt. That guilt is accompanied by pressure, fear, and shame. What could be worse than thinking that a person you failed to witness to is now in hell, that it's your fault, that their blood is on your hands?

I became numb and nauseated reading a letter from my family in Pennsylvania. My friend Ray had been murdered. Ray had stopped one night to collect rent in the apartment complex that he owned. The two men who answered the knock asked him to step inside. Overtaking him, they stabbed him more than a dozen times, spilling blood on the carpet and splattering it on the wallpaper. After stuffing his body in a black, plastic garbage bag, they dumped it along a country road. Their prison sentence? Seventeen years, with good behavior. Their actual sentence? If their conscience bothers them at all, it's living the rest of their lives knowing a woman was a widow, a family was fatherless, friends were stunned. They would never be able to erase the night, the knife, the pleading screams of a dying man.

If the above misconception is true, though, there's a greater horror than knowing you caused someone's death. It's the horror of knowing you were responsible for someone's eternal torment in hell.

Imagine your friend in hell, isolated, burning, thirsting in a dark, empty, sulfuric space. He longs for a touch, cries out for relief, craves one sip. He yearns to die but cannot. He searches for a face, a sound, anything. He recalls every missed opportunity, every relationship, every rejection. A scream pierces the air and he discovers it is his own. He is in hell. And if this misconception is correct, it's your fault because you didn't tell him about Christ.

What Scripture is used to support this misconception?

You Cannot Keep People Out of Hell