These spiritual disciplines supply fuel for my soul.
JoHannah Reardon 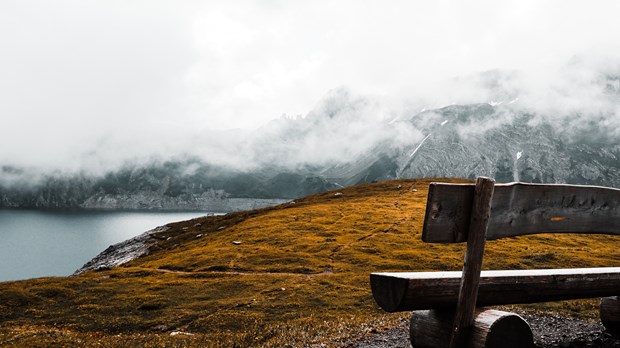 I was raised quietly. My mother was a country girl and loved to hear nature around her, so we never had music playing in the background and had strictly designated times to watch TV. She often avoided conversation too, much to my chagrin when I was trying to get her to answer my endless prattle. So you'd think I would have fallen easily into patterns of silence and solitude when I became a Christian. But I didn't for one reason: the message that came to me loudest when I became a Christian was that I should serve.

And I wanted to serve. As a non-Christian, I'd lived a self-centered life. So serving was a path of discipleship as I died to self and learned to live for others. But as the years progressed, my service became the enemy of my soul, rather than its friend.

My problem was that I thought I had to serve sacrificially all the time. I developed a sort of survivor's guilt that others suffered more than I did so I had to make up for it by laying down my life whenever I was asked. I would only say no if I really and truly had a conflict, and then I felt guilty about it.

My wake-up call came at a particularly busy time of my life when I rarely had a quiet moment and pushed myself to the point of exhaustion. One day, when I was supposed to help a friend decorate for her daughter's wedding, I became dizzy and stayed that way for three months. Sometimes it was so debilitating that I couldn't read, watch TV, or hold a conversation. At times, I had to lie on my back, without turning on either side, or my world would spin out of control. The only option left to me was to lie quietly and listen for God's voice, which turned out to be the best option of all. My experience was summed up in Psalm 62:1-2, "I wait quietly before God, for my victory comes from him. He alone is my rock and my salvation, my fortress where I will never be shaken." After that experience, I never wanted to live without that kind of stillness again.

When I finally returned to normalcy, I changed my habits. I became a lot more selective what I said yes to; but most of all, I made sure I had times of solitude and silence. Yes, I'm afraid I'll get dizzy again; but even more, I hunger to be in God's presence, even if he is silent.

The Importance of Solitude

We may certainly hear God's voice when we are with others. Perhaps something hits you in a sermon or a friend says just the right thing at the right time, and you know it's meant for you. But we almost all need filters. Sometimes something in a sermon or a friend's word will steer you the wrong way—not because what they said wasn't true, but because it wasn't the message you needed to hear.

For example, when I was unable to say no to whatever someone asked of me, I didn't need to hear a sermon on serving, even if everyone else in the congregation did. Or if a friend enthusiastically talked about volunteering at the homeless shelter, I needed to let that go past me—even though it was the best thing in the world for her. For you it may be that you have a problem with feeling false guilt, so you don't need to hear a sermon on how sinful you are, even though the person sitting next to you is in rebellion and needs exactly that message. Or maybe you battle being over-disciplined, so you don't need to hear how an undisciplined friend is learning to regiment her life.

That's why we need alone time with God. We need to take time to hear what messages he has for us. If you are alone in God's presence, you are making yourself available to hear anything he wants to say to you. You are coming to him open for a change of direction, conviction of sin, a gentle nudging, or an all-out life revision.

I'm a pastor's wife, mother, grandmother, and I work full-time. Finding time to spend alone with God seems impossible at times. Maybe you aren't as busy as I am and have lots of time alone. But being alone is different than being alone with God. That's the key ingredient to the spiritual discipline of solitude—being alone with him, waiting for what he has to impress upon you personally.

The Importance of Silence

We live in a noisy society. In fact, most people see silence as the enemy. We turn on the TV as soon as we get up to catch the weather and the headlines. We jump in the car and turn on the radio. When we jog, we take the IPod. I even know people who can't sleep unless a fan is running in the background. As a people, we hate silence.

In my house, I have a sign that quotes Ralph Waldo Emerson: "Let us be silent that we may hear the whisper of God," because I needed a physical reminder that I need silence to hear God. This takes discipline and is a radical change for most of us. Sometimes it takes all the will power we have to simply keep our hands off the remote. It's much easier to give in and simply be entertained. But if we do, we are giving up a temporary amusement for something that could be of eternal value.

Silence also includes doing away with the one-way conversation that most of us consider prayer. When I became a Christian I was taught to faithfully take my prayer list to God daily. I got pretty good at this, but eventually noticed that I was doing all the talking. I was giving my list to God the way I would give a list of orders to a customer-care person, never allowing him to get a word in edgewise.

When I began to be silent before God, he was able to start changing my prayers, desires, and direction so that I was in tune with what he had for me and my loved ones. I also began enjoying my time with God. After all, he has a lot more important things to say than I do. Sitting quietly with God's Word open on my lap has become a rewarding way to listen to him. He even directs how I should pray for others in a way I never would have considered praying if I was just giving him my list.

Make Time for Solitude and Silence

You may be wondering how in the world to fit in solitude and silence to your busy life. It's not a call to a vow of silence or submission to a nunnery. Most of us can find a way to do it.

I found time for solitude and silence on my hour commute to work. Previously I would listen to music, talk radio, and recorded books. Now I ride in silence. When I get in the car, I ask God to make clear what he wants me to know. Sometimes, I'm convicted of sin, gain direction for my life, or find peace from fear. Other times my mind just wanders. But I know I am in God's presence and that he has my attention if he wants to say something.

If you have young children at home, finding solitude and silence is tough. Maybe your husband or a friend would be willing to watch them for an hour while you sit in a park, take a walk, or sit in an empty church. We find babysitters for everything else, why not for some much-needed solitude and silence? Susanna Wesley had at least nine children home at one time. Her famous sons John and Charles Wesley remembered that to practice solitude, she would throw her apron over her head. Her children would grow silent, because they knew she was praying.

Think back to when you last took time for solitude and silence. What happened? Did God show up? Was it just boring? Did you fall asleep? What were you expecting? Did it live up to your expectations? Why or why not?

Even when you take times of solitude and silence, God will not always speak to you. Most often when I'm in times of solitude and silence, I don't hear anything. But it's worth taking the time to do that so that he has my attention if he needs it. This is important to keep in mind. If you impatiently expect great gems each time you meet with God, you will be terribly disappointed and lose interest. Instead, it has to be all about simply being with him, the way you would want to be with anyone you love. When you come to him, say something like, "God, I just want to be in your presence because I love you. Tell me anything you want me to know; I'm listening. But if there isn't anything I need to know right now, just help me to enjoy being with you."

Then don't feel guilty if your mind wanders and you end of thinking about what you are going to fix for dinner that night. When you realize your thoughts are drifting, just start being available to hear God's voice again. That's why doing this with an open Bible on your lap is good. It helps keep us focused and we have God's literal word speaking to us through his timeless truth. Start with something like Psalm 63, Matthew 5:1-16, or Colossians 3:1-17. Read a passage and then sit quietly for at least half an hour. Tell God you are willing to hear whatever he wants you to know. If you've never done this before, it's going to seem incredibly long, but stick it out.

Since I've made this a regular part of my life, so many things have fallen into place for me. I'm a lot healthier emotionally because my life is more balanced and I have a better grasp of why God created me and what he wants me to be doing. I also just enjoy my relationship with God more, which spills over into every area of my life.

JoHannah Reardon is the managing editor of ChristianBibleStudies.com. She blogs at www.johannahreardon.com and is the author of seven fictional books and a family devotional guide.