Do whatever it takes to connect a friend with Jesus.
John Ortberg 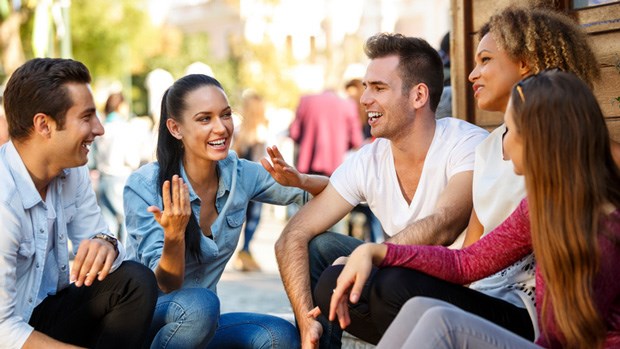 One of the great stories in the Bible about community involves a paralyzed man and the friends who brought him to Jesus (Mark 2:1-8).

Imagine what life was like for a paralytic in the ancient world. This man's whole life is lived on a mat three-feet wide and six-feet long. Someone has to feed him, carry him, clothe him, move him to keep him from being covered with bedsores, clean him when he soils himself. He will never know the sense of independence we prize so fiercely.

Nothing can be done medically—no surgeries, no rehab programs, no treatment centers. Anyone in this man's condition has to go through life as a beggar—be laid by the side of the road, be dependent on people dropping coins beside him to live another day. He has no money, no job, no influence, no family, and seemingly not much of a future.

What's he got going for him? He has friends. He has amazing friends.

He is in one of the killer small groups of all time.

In one sense, this whole story takes place because of his friends. Without his friends he never makes it to Jesus, never gets healed, never gets forgiven.

You should know that for the man in this story the development of these friendships did not happen accidentally. Because of his physical condition, the deck was stacked against friendships emerging here at all. Even in our day people who wrestle with physical challenges often say that the most difficult obstacles they face are the attitudes of so-called normal people, who are sometimes anxious about how to respond, sometimes are unkind, sometimes look away and avoid meeting eye to eye. This is a fast-paced world, and it is not a very gracious place for those who can't run as fast as others.

But the ancient world could be even harsher. The Greeks regularly disposed of newborn infants with physical anomalies. In Rome, during the 5th century B.C., there was actually a statute on the books: Quickly kill a deformed child.

In Israel, there was an assumption that if people were suffering physically, they had brought it on themselves. In another New Testament story the disciples see a man blind from birth and ask Jesus, "Rabbi, who sinned, this man or his parents, that he was born blind?"

Yet, here is a little band of men who refuse to let any obstacle stop them. And this is a key point: Their little group did not come about by accident. In the face of formidable obstacles—social stigma, inconvenience, financial pressure, a high cost of time and energy—they chose to become friends.

People rarely drift into deep community One of the most countercultural statements in Scripture is a description of the early church. In speaking of the people's oneness of heart and mind, the writer notes, "They met together daily." They worshiped together, ate together, prayed together—on a daily basis. No wonder they grew so close.

We try to create 1st-century community on a 21st-century timetable—and it doesn't work. Maybe the biggest single barrier to deep connectedness for most of us is simply the pace of our lives. How often do you hear (or say) things like, "We've got to get together soon" or "Let's do lunch in a few weeks when things settle down"?

The requirement for true intimacy is unhurried time. If you think you can fit deep community into the cracks of an overloaded schedule—think again. Wise people do not try to microwave friendship, parenting, or marriage. You can't do community in a hurry.