The Value of Lent and Good Friday 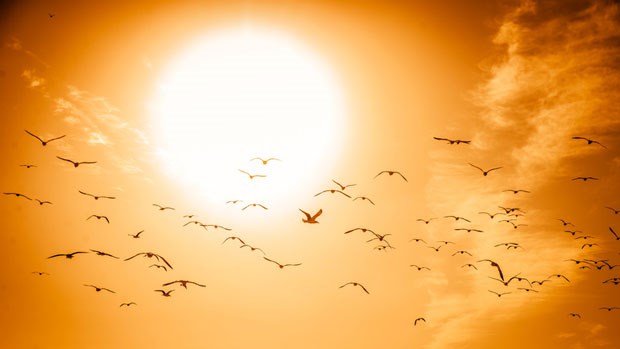 On the Friday evening before Easter one year during high school, I filed into my friend's church and sat down near the back.

I'd never attended a Good Friday service before, and I was soaking in the details. The sanctuary was fancier than ours; it had stained-glass windows, high ceilings, and beautiful beamed arches. Then the service began, somberly. At set points throughout the service, lights were turned off so that in the final moments a single spotlight illumined a cross on the stage. Everyone sang, "Were you there when they crucified my Lord?"

We sang a couple of verses, each one drearier than the previous, ending with these lines: "Sometimes it causes me to tremble / Were you there when they laid him in the tomb?" The final light was extinguished. Everyone left in silence.

I was disgusted. Where is the joy? I wondered. Easter is not the time to mourn and celebrate the death of Jesus. It's about life. To me, leaving Jesus dead in the tomb was as bad as leaving him dead on the cross.

Nearly a decade later, the observance of Good Friday that I found so offensive then has become deeply meaningful to me.

Easter is one of three major celebrations in the liturgical year. The liturgical year, or Christian calendar, is how many Christians have marked the passage of time for centuries. It's a potential antidote to trendiness. Instead of following the "Hallmark calendar" (think Mother's Day, Independence Day and Halloween), the liturgical year is subdivided by major events in the Gospel. It begins with Advent, the month-long preparation before Christmas. A few months later is Easter, which is followed by Pentecost. The remainder of the year is called "ordinary time," the season when the Church reflects on its mission.

I've been marking time by the liturgical calendar for about three years now. It's taken some adjusting. But it forces me to think seriously about the whole Gospel story.

The Easter season begins 40 days before Easter Sunday on Ash Wednesday, the first day of Lent. Ash Wednesday is a day of mourning—you know, sackcloth and ashes. In many churches, a pastor will draw a cross with ash on worshipers' foreheads to signify the beginning of Lent.

The 40 days of Lent correspond to the time Jesus spent being tempted in the desert before his public ministry. During Lent, Christians examine their hearts and are particularly diligent about putting away sinful behaviors. People often give something up for Lent. This period is a reminder that following Christ means dying to myself every day.

The final week before Easter is known as Holy Week. Each observation during Holy Week corresponds to an event in the final week of Jesus' life. The Sunday before Easter is Palm Sunday, a celebration of Christ's triumphal entry into Jerusalem. The remaining observances are clustered around the end of the week and each one is marked by a special service. Maundy Thursday corresponds to the Passover meal Jesus shared with his disciples—the Last Supper. Appropriately, many churches observe Maundy Thursday with foot-washing and Communion.

Good Friday is a remembrance of our Savior's death. The service is dark and somber, and focuses on a reading of the Passion story. The last impression on Good Friday is a loud noise like the driving of nails. Then the congregation leaves in silence.

Holy Saturday represents the day Jesus spent dead in the grave. It is the darkest day in the Christian calendar, a time to reflect on the gravity of sin and to pray for those who wait for the Resurrection of the Dead.

It's easy to rip the death and resurrection of Christ out of its biblical context. Yet the events of Holy Week place the event squarely within the narrative of the Gospel in real time. We experience the servitude of Passover, just as the apostles did. We experience the darkness of that Friday with them. And we await the weekend for the Resurrection, just as Jesus' original followers did.

Easter Sunday is, of course, a blow-out celebration of Jesus' resurrection. It's the first Sunday in weeks, if you're following the liturgical year, where there is genuine celebration and joy. Every song includes the phrase "Hallelujah—praise the Lord!" The dark colors of repentance are gone and the sanctuary is bright and colored with spring flowers. Throughout the service, the pastor exclaims "He is risen!" and the congregation responds, "He is risen indeed!"

Celebrating Easter this way may sound overly formal and complicated. And to be honest, it is at first. There's really no other time that someone tells us how we should feel and when. For that reason, the Lenten season and Holy Week can be a bit like driving a car with one under-inflated tire; you're constantly working to keep the car in your lane while it wants to veer out. After all, there are times during Lent when I think, All right, I get it. I've repented; let's get a move on. But the season continues. In the same way, there have been many Easter Sundays when I didn't feel much like celebrating, but the calendar reminds me, Rejoice! He is risen!

There's no real benefit in being somber for its own sake. But in our daily lives, so abuzz with stimulation and celebration, the season leading up to Easter, and the Holy Week observances, creates space to detach from mass-marketing and busyness and to reflect on the death of our Lord. Then, after a season of darkness, the light of Easter shines brighter.

Last year at the close of our Good Friday services, the lights had been extinguished and my soul had been pierced by the sound of driving nails, when the congregation filed out into the winter darkness of silence. A friend of mine found me in the parking lot and asked me if I wanted to go out for a drink. I was disgusted. Where's the mourning? I thought. Good Friday isn't a day to celebrate; it's a day to reflect on the death of the Lord. That's quite a change since high school. But my faith has been richer for it.

The Value of Lent and Good Friday