How can a spiritual leader keep his or her faith vital? 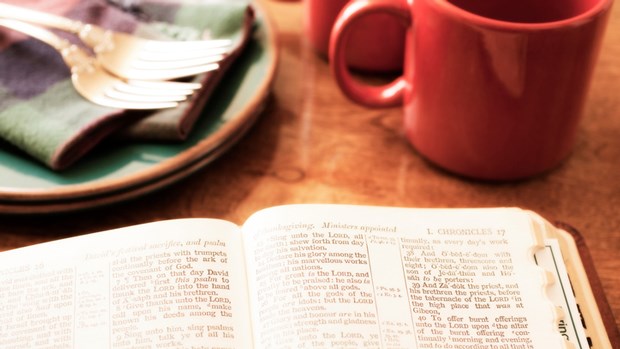 Nouwen: I'm like many pastors; I commit myself to projects and plans and then wonder how I can get them all done. This is true of the pastor, the teacher, the administrator. Indeed, it's true of our culture, which tells us, "Do as much as you can or you'll never make it." In that sense, pastors are part of the world. I've discovered I cannot fight the demons of busyness directly. I cannot continuously say no to this or no to that, unless there is something ten times more attractive to choose. Saying no to my lust, my greed, my needs, and the world's powers takes an enormous amount of energy.

The only hope is to find something so obviously real and attractive that I can devote all my energies to saying yes. One such thing I can say yes to is when I come in touch with the fact that I am loved. Once I have found that in my total brokenness I am still loved, I become free from the compulsion of doing successful things.

Foster: Let me tie into that with an experience from the first church I pastored. I had finished my doctorate and I was supposed to be an expert. I went to a tiny church in Southern California that would rank as a marginal failure on the ecclesiastical scoreboards. I went in there and worked and planned and organized, determined to turn this church around. But things got worse. Anger seemed to permeate everyone: the conservatives were mad at the liberals, the liberals were mad at the radicals, and the radicals were mad at everyone else. I hated to go to pastors' conferences because I didn't have any success stories to tell. I was working myself to death, but it seemed to do no good. Then I spent three days with my spiritual director. Toward the end of that time he said, "Dick, you have to decide whether you are going to be a minister of this church or a minister of Christ." That was a turning point. Until then I had allowed other people's—and my own—expectations to manipulate me.

Nouwen: Prayer is first of all listening to God. It's openness. God is always speaking; he's always doing something. Prayer is to enter into that activity. Take this room. Imagine you've never been out of it. Prayer is like going outside to see what's really there. Prayer in its most basic sense is just entering into an attitude of saying, "Lord, what are you saying to me?"

Foster: The problem with describing prayer as speaking to God is that it implies we are still in control. But in listening, we let go. Real intercession is what comes out of listening. People are tired of hearing about "ten steps that will change your life." That isn't where it's at, because then people tend to focus on the steps instead of hearing and obeying God.

The spiritual life is not something we add onto an already busy life. What we are talking about is to impregnate and infiltrate and control what we already do with an attitude of service to God. For pastors, this might mean silent prayer in their board meetings. One of the greatest revelations to me was to experiment with being in communion with God in board meetings. I learned I didn't always have to speak and control, and that I could pray for people in the room who had a heaviness with life. It's like living on two levels. On one you are doing the activities of the day, but on a deeper, more profound level, there is this inward prayer and worship.

How can a spiritual leader keep his or her faith vital?