What does it mean to be dead to sin? 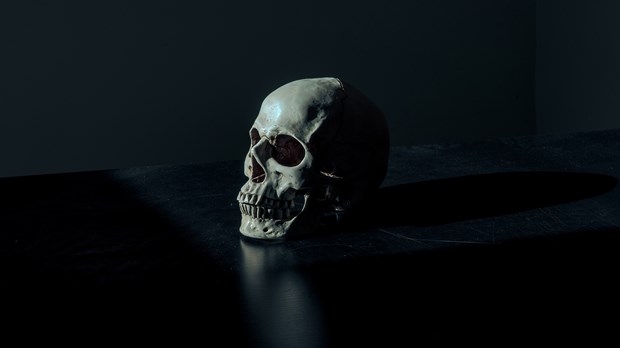 Lingering. Habitual. Out of control. How would you describe the persistence of sin in your life? Many Christians, even though they are sincerely committed to following Christ, continue to live with besetting sins. They continue to feel as if they are powerless to overcome the impulse to act against God's commands and their own better judgment. It's easy to believe this is just the way things are. Nobody's perfect, right? Pretending like we are feels self-righteous or hypocritical. Popular culture accepts, and sometimes celebrates, the fact that we each have our deep and personal hang ups. Everyone has a skeleton in her closet. It's not a matter of if you have an addiction, a secret indulgence, a private vice. It's a matter of which one and when it will come to light. If this is true, maybe we should just accept our weaknesses and embrace them as part of who we are.

But here the Scriptures stop us. A persistent theme of the New Testament, especially in the letters by Paul, is that the sinful habits we find so hard to shake are not an integral part of us. We are not condemned to sin forever. Instead, Paul insists that Christians can be "dead to sin." As John Wesley explained it, this means being "[f]reed both from the guilt and from the power of it." That's a counter-cultural message in a society convinced we're all broken beyond repair.

It is true that left to our own devices we are all doomed to struggle unsuccessfully against our sinful tendencies. That's because before we can ever hope to be "dead to sin," all of us are born "dead in sin." Paul writes in Ephesians 2:1 that before we become Christians, we are all "dead in [our] transgressions and sins." Of course he does not mean that we are physically dead. Rather, the life of a person who has not experienced new life in Christ is characterized by spiritual death. This means that person is separated from God's salvation. But it also means that it is impossible for that person to produce spiritual fruit, to show signs of life. Imagine such a person as a dead branch broken from a tree in a storm. Where it lies on the ground, separated from its source of nourishment, it will never again produce tender buds or green leaves or sweet fruit.

The Reformation theologian John Calvin summarized the situation this way in his commentary on Ephesians 2:1: "He [Paul] does not mean simply that they were in danger of death; but he declares that it was a real and present death under which they labored. As spiritual death is nothing else than the alienation of the soul from God, we are all born as dead men, and we live as dead men, until we are made partakers of the life of Christ."

According to Romans 5, we are in this predicament because of the sin of the first human, Adam. Sin entered the world "through one man [Adam], and death through sin, and in this way death came to all people" (Rom. 5:12). Now the only way we can find liberation from sin is through death, for "anyone who has died has been set free from sin" (Rom. 6:7). As if that were not bad news enough, matters get worse. If we die physically without being reconciled to God through Christ, then we also die spiritually and spend eternity separated from him.

So there we are: because of the sin of Adam, we are that broken branch, separated from our source of life. And as a branch is helpless to change its circumstances, so are we. Humans are totally dependent upon God for life. Without his intervention, we will be forever dead in sin.

What does it mean to be dead to sin?