Can a person, whom God made, be truly evil? 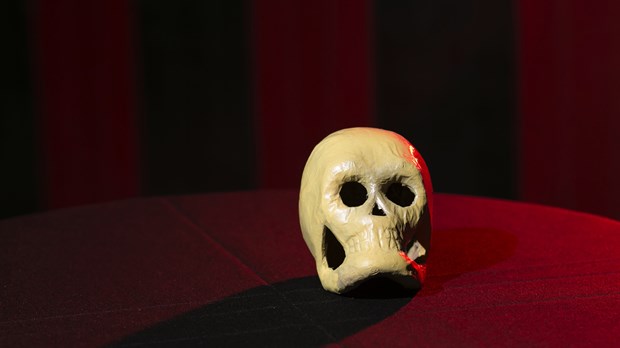 Because we live in a largely therapeutic culture, evil is a slowly disappearing concept. But every once in a while we are shaken by a holocaust, a genocide, or the destruction of a World Trade Center, and we remember why we need that word. The Bible reminds us that we battle "evil in the heavenly places."

Psychiatrist Scott Peck wrote of meeting with a depressed 15-year-old named Bobby, who was increasingly troubled after his 16-year-old brother killed himself with a .22 rifle.

Peck tried to probe Bobby's mind, but got nowhere. Searching for ways to establish a bond, he asked what Bobby had received from his parents for Christmas. "A gun," Bobby said. Peck was stunned. "What kind?"

More stunned. "How did it make you feel, getting the same kind of gun your brother killed himself with?"

"It wasn't the same kind of gun." Peck felt better.

Bobby had been given, as a Christmas present, by his parents, the gun his brother used to kill himself.

When Peck met with the parents, what was most striking was their deliberate refusal to acknowledge any wrongdoing on their part. They would not tolerate any concern for their son, or any attempt to look at moral reality.

Two decades later and after his conversion to Christianity, Peck wrote about this encounter: "One thing has changed in 20 years. I now know Bobby's parents were evil. I did not know it then. I felt their evil but had no vocabulary for it. My supervisors were not able to help me name what I was facing. The name did not exist in our professional vocabulary. As scientists rather than priests, we were not supposed to think in such terms."

Interestingly enough, although Peck often worked with convicted prisoners, he rarely found evil there. Evil, he finally decided, is not primarily indicated simply by sinful acts. Rather, it is the refusal to tolerate one's sense of sinfulness: "The central defect of evil is not the sin but the refusal to acknowledge it." This definition is reflective of Jesus' far greater severity in dealing with religious leaders than with prostitutes and tax collectors. I also find it frightening as a religious leader.

Evil exists. Evil is real. One of the hallmarks of evil is that it seeks to convince its victims that it exists "out there." Alexander Solzhenitsyn wrote that it was while he was in prison that "Gradually it was disclosed to me that the line separating good and evil passes not through states, nor between classes, nor between political parties, but right through every human heart, and through all human hearts. This line shifts. Inside us, it oscillates with the years. Even within hearts overwhelmed by evil, one small bridgehead of good is retained; and even in the best of all hearts, there remains a small corner of evil."

One of the worst features of some popular Christian fictional treatments of spiritual warfare is that they encourage our tendency to think of "us" as good and "them" as bad. They misplace Solzhenitsyn's line as though it divides us from other people rather than dividing us from our best selves.

I'm not sure ministry can ever have the urgency it requires if it is not aware of evil, both externally and internally. We are seeing a wonderful growth of interest in the church's commitment to justice. But the pursuit of justice cannot be carried out by purely human means. Theologians like Walter Wink have suggested that when Paul says we wrestle "not against flesh and blood but against the rulers, against the authorities, against the powers of this dark world," those powers may well include economic systems and political systems that remain stubbornly resistant to righteousness and justice.

Can a person, whom God made, be truly evil?