Why Are There Different Denominations?

They are actually a means of keeping peace.
JoHannah Reardon 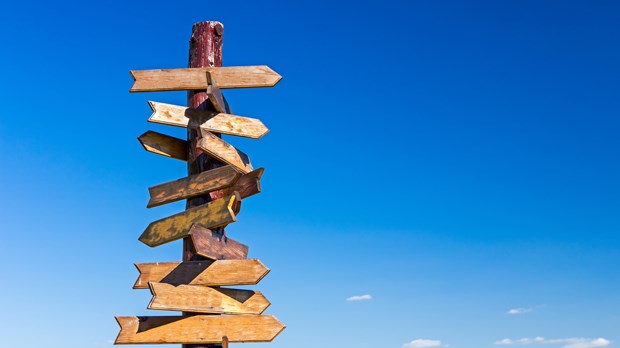 The book that best helped me understand why there are so many different denominations is Sacred Pathways by Gary Thomas. It was not written to explain denominations, but it does so in a backdoor way. In this book, Thomas explains how varied we are in the ways we connect with God. For example, some spend a great deal of time in contemplation, while others are energized in their relationship with God by taking stands and social activism. In explaining nine different ways people grow in their understanding and practice of their faith, Thomas makes clear that a one-size-fits-all approach to Christianity can never work. So, we have different denominations because we are all very different people—what works for you doesn’t necessarily work for me.

Of course, there are other reasons besides personal preferences that we have so many different kinds of churches. What a church believes doctrinally and its view of Scripture divides us the most. But there are other factors as well. Many of us put up with worship styles and practices we aren’t crazy about because we like what our denomination stands for on certain issues, such as whether or not to participate in war, or whether or not to place women in leadership. Or we feel strongly about the mode of baptism or the meaning of Communion. Some love liturgies and a more formal worship while others have a more relaxed approach.

But how did we get all the denominations in the first place? To understand that, we have to look back 400 years to the century following the Protestant Reformation in 16th-century Europe.

The Reformers rebelled against the Roman Catholic Church because of its stranglehold on politics. This not only made religion territorial, but it led to all sorts of corruptions in the Christian doctrine they practiced. Unfortunately, the Reformers fell into the same pattern, insisting they had a corner on truth and wanted everyone in their countries to agree with them.

It was not until sheer exhaustion—not victory for any party—brought an end to the religiously motivated Thirty Years War (with the signing of the Peace of Westphalia in 1648) that something of a truce over territorial religion began to take shape. This truce allowed Calvinism to join Lutheranism and Catholicism as a recognized expression of the Christian faith. But this new "peace" retained the territorial concept—those who weren't Calvinist, Lutheran, or Catholic, such as the nonterritorial Anabaptists, or who lived in the wrong territory, continued to be persecuted.

At about the same time in England, the first clear philosophy of denominations was being articulated by the Independents (Congregationalists), who represented the minority voice at the Westminster Assembly (1642-49). In contrast to the majority who held to Presbyterian principles and expressed these convictions in the Westminster Confession of Faith, the Independents followed congregational principles. Keenly aware of the dangers of "dividing the godly Protestant party," these "Dissenting Brethren of Westminster" looked for some way to express Christian unity even in disagreement.

This resulted in a denominational theory of the church that was based on certain guiding principles:

Although these principles were created in England, they became of great importance in the American colonies. Those who came from Europe remembered the horror of the Thirty Years War and wanted to avoid such a thing in the future. As a result, many different denominations took hold and remain in the U.S., and because of active American missionary work, those denominations have spread worldwide.

Even with this generous attitude toward diversity in worship, however, Americans have had a lot of disagreements about denominations and doctrinal differences. Yet, we seem to mostly agree that we have the right to worship as we choose. Ideally, we can practice unity while still worshiping in various manners.

Although we have many denominations and disagreements, we all have as our focus worshiping the God of the Bible. We are one body of Christ, even if we don’t agree on all points. But we do well to keep in mind what St. Augustine (354–430 AD) said over 1500 years ago: "In essentials, unity. In non–essentials, liberty. In all things, love." So, let's remember that we can be unified on the important things and not worry too much about those things that are less so. Finally, as in all things, our attitude toward one another should be ruled by love.

JoHannah Reardon is a self-motivated student of Church history. Find her family devotional, Proverbs for Kids, and her many novels at www.johannahreardon.com. Look for her upcoming book No More Fear, which will be out in the fall of 2016.

Why Are There Different Denominations?