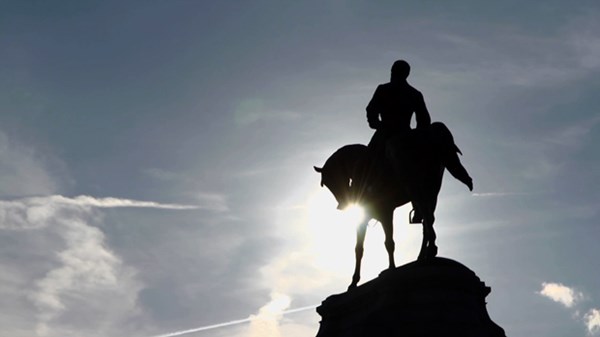 We're Not the First Generation of Urban Christians

Today's city-loving evangelicals may feel like pioneers, but they stand on the shoulders of spiritual giants.
Kristen Stewart

Last week the City team asked you, our readers, to respond to our monuments film by considering the monuments in your communities. The following essay is one such response, from Memphis writer Kristen Stewart. To submit an essay of your own, email us at connect@thisisourcity.org.

In the City project's recent film "Marking the Place of Sin and Grace: The Meaning of Our City Monuments," the monuments of Richmond, Virginia, highlight how Christians throughout the United States are work for the transformation of their cities. Richmond's Christians remember places of past sin while hoping that God will restore them in his redemptive purposes. The film hit home for those of us who live in the South, but there is something to learn regardless of where you live.

The short film reminded me of one reason I love cities: Cities have a story, both a history and a hope for a future. In that way, a city is dynamic and organic, even before you consider the liveliness of residents living in close proximity.

Most of America's cities include Christians as part of their stories, founders and leaders who made the city great. Sadly, many Christians also contributed to the decline of their cities by neglecting them in time of need and leaving for the suburbs. And so, it is moving to me to see Christians reengage the city by choosing to live, work, worship, start schools, and raise children in an urban context.

In Birmingham, Alabama, our family lived about six blocks from one of its most famous monuments, the statue of Brother Bryan at Five Points, the cultural center of the city. James Alexander Bryan was a Presbyterian minister known for his tireless advocacy on behalf of the poor and marginalized, his giving spirit and his fervent prayer life. Eschewing titles, he insisted that everyone call him Brother Bryan.

During his 50-year tenure as minister of Third Presbyterian in Birmingham's Southside, Bryan embodied the parish mindset, serving everyone from prisoners to prep-school students with dignity and care. Halfway through his ministry, the Birmingham Age Herald wrote of Bryan, "We who have watched his footsteps see the tracks which he has left among the desolate and distressed." He founded two soup kitchens and lived just long enough to see a dream fulfilled when Birmingham's first homeless shelter opened in 1940. Open to this day, it was named Brother Bryan Mission in his honor.

Today's generation of urban Christians may feel like pioneers, but we stand on the shoulders of giants. Our cities were known, loved, and even built by great men and women who lived out the gospel, day in and day out. If you look hard enough, you can find evidence of their love that still remains.

When we moved to Memphis last summer, a new friend urged me to read about the city's yellow fever epidemics. In the summer of 1878, the epidemic was so powerful that over half of Memphis's population left the city in a matter of days. But many clergy members, both Protestant and Catholic, chose to stay behind, ministering to the sick and dying, caring for both bodies and souls. They also served hundreds of children, newly orphaned.

Over 5,000 people died of yellow fever in Memphis in a few months' time. Numbered among them were Christians from both Catholic and Anglican orders. When I pass the great stone churches of downtown Memphis, I am reminded of their stories, told in telegrams and journals and by witnesses to their acts of love and mercy. I think of the story of Sisters Constance and Thecla, who refused to lie down when they realized they had the fever, knowing the beds would have to be burned if they died, instead saving the mattresses for the comfort of others. I remember the incarnational ministry of each one who stayed, acting as the hands and feet of Jesus to those who were too poor or unhealthy to flee Memphis for safety.

As for our family, we are still learning what it means to be Memphians and a part of this city's particular story. The more I understand its past, the greater my hopes are for its future. I am encouraged by how many Christians here love this city and how much redemptive work is already being done: creative, innovative community development. It is an exciting place to be, a place where working for the shalom of the city feels right, knowing that the labors of Christians in Memphis today are leaving evidence of Christ's love and grace that will encourage the next generation and will likely shape the story of Memphis for generations to come.

Kristen Stewart lives with her family in Midtown Memphis. She blogs at This Classical Life.

We're Not the First Generation of Urban Christians