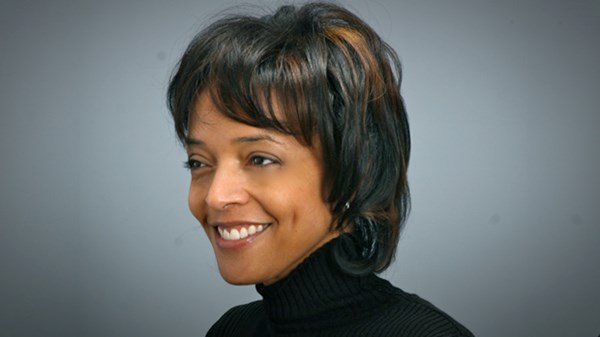 Public Education: The Next Moral Issue for Today's Evangelicals

"A child's Zip Code shouldn't determine whether he or she is prepared for college," Nicole Baker Fulgham told Christianity Today in 2010. As longtime vice president of faith community relations for Teach for America, the Detroit native encouraged churches and individual Christians to stand in the education gap plaguing American school systems. Now, Fulgham is helping Christians move from awareness to advocacy. As part of the City project's recent coverage of education, Fulgham spoke with editorial director Katelyn Beaty about how the new Expectations Project helps Christian see educational inequity as a matter of biblical justice—and then do something about it.

As Teach for America's faith-community relations director, you talked to a lot of Christians about public education. Generally speaking, how would you characterize their attitude about public schools?

It depends on where people live. For people in middle-class, upper-middle-class suburbs, they sense that the public schools are fine, because the kids that graduate from them, whether it's their own children or their friends, seem to be doing okay, and many of them go on to college. Christians may have concerns about the cultural value issues, whether it's public-school teaching on science or sexuality. Some Christians question the rigor and whether the kids are getting the best education even in suburban schools, but that's the same attitude that you would see among the general population.

Christians who are aware of the situation with kids in lower-income urban and rural schools are beginning to ask questions. "Why does this exist?" "Should there be such a disparity?" Generally, people are aware there's a disparity, but the question of why takes many different turns.

You say you've seen a shift in the past several years in Christians' attitudes about the public school. What's caused it?

Two things. First, I would link it to a broader awareness among evangelicals about social justice issues. It's much less of a jump for me to make a connection with people who are already thinking about … immigration reform and HIV/AIDS and global poverty. I have to hop over one little bridge, really, as opposed to multiple steps in a ladder.

Two, there is a broader conversation about education reform in this country that has gotten much publicity in the past three to four years. You hear regular conversations about public education more frequently, whether it's, "What's this Waiting for Superman movie?" or, "Who's this Michelle Rhee woman in D.C.?" These two factors have converged to start to get traction. We have a long way to go to really engage faith communities, but I definitely see movement.

What are the biggest obstacles to convincing Christians that educational reform is worth their time and passion?

There's a general sense of, "Can this problem really be solved? What exactly would we do to solve it? What role can I possibly take?" The problem seems amorphous. But the more we present evidence and examples of teachers who are effectively closing the gap, schools and entire districts that are doing it, people are given a sense of what's possible.

At an event yesterday, I was asked this question, which I thought was really good: "At the end of the day, isn't education reform going to require policy?" This raises the question of whether Christians want to get into policy and legislation. There are ways to influence policy that are not political in the traditional sense, but it's really about making the issue of educational reform a moral debate, which has not yet taken hold.

We've seen evangelicals frame immigration reform as a biblical, moral issue. Ten years ago, you'd have never thought that evangelical organizations would take such a stand. There's room to frame education in public schools in the same type of moral framework. That's certainly what we're trying to do at the Expectations Project.

If you were speaking to a group of politically centrist, middle-class, educated evangelicals, how would you frame educational reform as a moral issue?

I would start with the very basics of educational achievement gaps disproportionately impacting children from poor families. And subsequently, because race and class are so intertwined in the United States, it disproportionately impacts people of color. So this is ultimately an issue of justice. And we have to assume either that God only disproportionately gives "smart genes" to wealthier, suburban, non-African American, non-Latino kids—and none of us would say that God orchestrated this—or that there's something wrong with our system.

Ultimately the issue has nothing to do with politics. What's cool is that in the broader education-reform community, you see Newt Gingrich and Al Sharpton doing a speaking tour about the achievement gap and policies that could address the problem. So this type of collaboration gives me hope: If people who aren't even explicitly talking about this in a faith context can do it, shouldn't Christians be able to find common ground and be the voice that says, "Let's do what's best for kids, politics aside"?

Is part of addressing the justice dimension of educational reform encouraging Christian families to send their own kids to the local public school?

Yeah, I think that's fabulous. At the end of the day, 92 percent of American kids are going to public schools. So even though the Christian community has a disproportionately higher number of people homeschooling and sending their kids to private schools, most of our kids are going to public schools. While I don't see that as a strategy we [the Expectations Project] advocate for proactively, it certainly helps.

Just like teaching in a low-income school is a heavy lift, for a lot of Christians, moving to an urban community or a rural, poor community is a heavy ask. And we're not going to get there, I think, if we expect every Christian to do it. But regardless of where you live and where your kids go to school—public, private, Christian, homeschool—we have responsibility for the 15 million kids who are living in poverty in schools that are failing them every day. Just like we have a responsibility for the millions of children worldwide who are starving or getting sick from diseases we can cure. We may not move to that community to help them directly, but we're still accountable.

It's trendy among evangelicals to have advocacy campaigns or church ministries about sex trafficking. Yet there are only a handful of Christians who have the training and dedication and passion to actually stop more children or adults from being trafficked. It helps, of course, for those people to have the support of their churches and to have fellow Christians aware of the issue. But when you start talking about moving from awareness to advocacy, how will you engage the right people on education reform?

I look at our work as a funnel. If I'm speaking at a conference of 1,000 people, I expect a small number of them will actually become tutors. Even fewer are going to advocate for policy. I look at it [as finding] the people who are going to go the long haul. How do we get them engaged, knowing that it might be a smaller but ultimately more powerful group?

International Justice Mission offers a perfect example. I don't do any direct work on sex trafficking, but I do get IJM's e-mail blasts. And if they're like, "Send this e-mail to your member of Congress," I'm like, click. In two minutes I've done it. Sometimes we think advocacy is a massive undertaking. And it is for some people. But for the rest of us, it's making our voices heard, and sometimes that's as easy as sending an e-mail. And that really does matter; they keep track of that in members' offices, much to my surprise. If you get 10,000 people sending an e-mail to their Congressperson saying, "I'm a Christian and this particular policy is going to be harmful for kids who are already disenfranchised in public schools," it can really turn the tide.

Katelyn, not sure if you read comments on old posts, but after being very impressed with your "Same-Sex Marriage and the Single Christian" article I went looking for more from you. This interview/article doesn't give much insight into your own views, but if you have not looked into criticisms [like Rebecca gives] of corporate reform please do so. A good place to start is atthechalkface.com/ . Personally I think the chalkface is a whitewash of most public ed, but their criticisms of corporate reform often hit their mark with vigor. The achievement gap is only the problem because our system values 'achievement' more than education. What is it everyone is trying to achieve? storing the most incoherent facts in memory long enough to achieve a high test score? Yes that is a big, if not the biggest part of what they call 'achievement', and as long as test scores on incoherent information are the gold standard there can be no true reform nor justice for the poor.

This rational discussion of public education is undermined by too much irrational thinking among too many Evangelicals. It is apparent from some of the responses that contrary opinions are not cognitive but psychological and no amount of reason will change this kind of paranoia. To tolerate a decline in public education is to relegate the less fortunate to a permanent secondary status because their only hope for the future is education.

The Cato Institute has done some excellent work describing the uselessness of government data in describing "per student spending" in different school districts (See http://www.cato.org/pubs/pas/pa662.pdf for one example.), and it is easy to see how such inaccurate data (ie, "lies" - see Mark Twain) can be used to advocate for "social justice" (ie, "redistribution"). Undoubtedly, variations in education spending by district seriously contribute to variations in performance and achievement and should be eliminated. However, when one realizes that virtually ALL public schools spend significantly larger amounts of money per student than private institutions and consistently produce inferior results, it suggests that the system itself needs radical transformation, not reform. It is foolhardiness, not courage, that suggests we take a detour that leads us over the falls later rather than sooner, instead of going back to the starting point and using a different route altogether.

Public Education: The Next Moral Issue for Today's Evangelicals