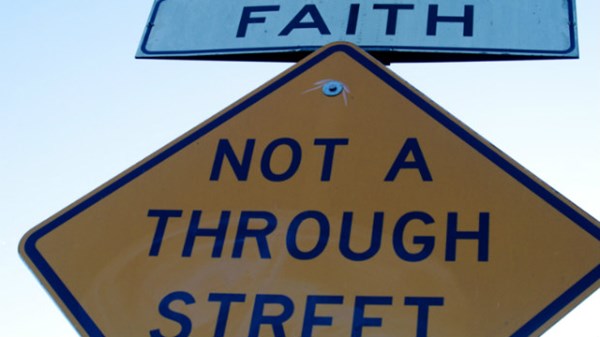 How Sean Coughlin and the FaithStreet team are getting Americans into the pews.
Bret Mavrich

Sean Coughlin wishes more people would go to church. His startup, FaithStreet, helps people to do just that in one of 3,677 cities across the country.

Launched in September 2011, FaithStreet is one of those brilliant innovations designed to meet a big need with simple technology. Churches fill out an online profile with key information such as location and contact numbers. Web visitors can easily browse churches near them that fit their needs. But Coughlin's web application is an unorthodox business model: FaithStreet doesn't make money unless people give to their local churches. Churches that use FaithStreet encourage attendees to give online, from which FaithStreet takes a cut. "What's great about the model is we win only when the church does," says Coughlin.

"It's the future: using the internet to reach a larger audience and to encourage people to be more thoughtful, faithful givers in their community," says Coughlin, who moved to New York City in 2009. Although the mobile version of FaithStreet is only in Beta, an early version of online, recurring giving is now available for churches' use, thus aligning the success of FaithStreet with that of the nonprofit community Coughlin is serving.

Coughlin and his team recently completed a prestigious three-month program with the startup incubator TechStars, which connects fledgling tech companies with mentorship and investors, helping them succeed beyond what they could achieve alone. "For a faith-based company to have top of the market credibility was huge," says Coughlin. 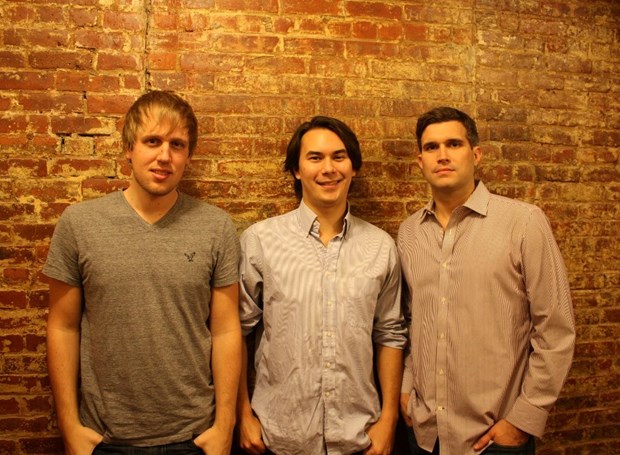 The tech startup space is extremely competitive. Yet paradoxically, a startup cannot succeed without input from a variety of people both inside and out. "TechStars showed us how to rely on a community; it takes a community to build a successful company," says Coughlin. And FaithStreet has already been successful: Coughlin estimates 200,000 people have connected with the 12,000 churches using the website, where traffic has picked up over 100 percent in the past four months. Many visitors are people who have been disenchanted with church; people who are moving, even if just for a summer, make up another chunk of the user base.

Coughlin sees similarities between new churches and startups. "The unifying concept is that it takes a lot of faith," he says. "It takes a lot of belief in something you can't see. It takes a vision."

As an application with social features, comparisons are probably inevitable. FaithStreet has been likened to Yelp, but Coughlin thinks that's simplistic. While FaithStreet allows members to talk about their church, it doesn't include reviews—an omission that Coughlin hopes will discourage church shopping.

"We reject the idea of reviewing churches," Coughlin says. "A church is much more like a family than it is a restaurant or a mechanic." That means you'll never be crowned mayor of your church based on how many times you check in. But you'll also never read a scathing review of the community you love.

'We reject the idea of reviewing churches. A church is much more like a family than it is a restaurant or a mechanic.' ~ Sean Coughlin, founder, FaithStreet

In fact, after filling out a personal profile (much of which can be imported from Facebook), a new FaithStreet user can't do much besides request information about a church. That's because everything about the platform is designed to point users to actual, real-world involvement in a community. The FaithStreet model is online-to-offline, because Coughlin wants real-world impact; he's not just peddling the next iWidget.

"We want to reintroduce the question to Americans that say they're spiritual, but don't attend church or are not active with the church community," he says.

That demographic—"spiritual but not religious"—is a growing crowd. On August 8, the Pew Research Center hosted a roundtable to discuss (among other things) the "nones," the growing percentage of Americans who claim no religion whatsoever. The percentage of Americans who deny any particular religious attachment jumped from 7 to 14 percent in the 1990s, and is now close to 19 percent, according to recent polls.

The latest Pew research suggests that it would be a mistake to label nones as "secular," since 40 percent say that religion is important, and about half say they pray at least one a month. Yet the portion of nones who "seldom or never" attend church has increased from 38 percent to almost 50 percent since 2007. Greg Smith of Pew says that "perhaps the key defining characteristic of the religiously unaffiliated population is that they do not go to church."

Each major religion-research group touts its own pet theory for what's fueling the nones fire. Some cite the millennials zeitgeist, while others think that it's just more socially acceptable to label yourself as unaffiliated than it was 5 or 10 years ago. Coughlin has his own theory.

"Most Americans have had some experience with Christianity," he says, "but they don't know the depth and breadth of it. They don't know there is a place where they would feel very welcome. Part of what we're doing is giving churches a platform to show the world what they're doing. We're saying, 'Come to FaithStreet and you'll see the whole spectrum: churches in bars, or on the beach, or in airports; churches full of middle-class families, hippies, and academics.' If people understand the diversity of faith communities, they will be more likely to think about how to live out their faith."

Coughlin and his team talked with over a thousand pastors and church leaders while developing FaithStreet. He wants his team to collaborate with churches, and hopes to see not only individual churches but networks, parachurch ministries, and denominations use it as well.

"We know this space deeply," says Coughlin. "We're building FaithStreet not only for churches but with them."

The first of (Coughlin hopes) many denominational partnerships is with the Episcopal Church. Denominational "brand equity" just isn't what it was 40 years ago, and the liberal mainline denomination has asked each of their 7,500 parishes to sign up on the site.

But brand equity accounts for only so much. According to Pew's findings, "spiritual but not religious" may be a political declaration as much as a statement of faith. In a seminal 2002 study, Claude Fischer (University of California) and Michael Hout (New York University) hypothesized that people were not drawing back from religion so much as from the connection between religion and politics. Fischer said at the recent Pew roundtable, "We argue that a big part of the increase was liberals and moderates declaring no religious preference as a way of rejecting the growing connection between churches and conservative politics . . . . The 'nones' were saying, in effect, if that is what religion means, count me out."

Routing any and all misconceptions about church is Coughlin's priority, and it has led FaithStreet to recently partner with the Washington Post blog OnFaith. The intertwining of faith and politics in America is precisely what led journalist Sally Quinn to launch OnFaith seven years ago: She believed that after 9/11, religion and politics in America became more tangled than ever. OnFaith has since become a website covering topics of interest to doubters, the devout, and everyone in between.

That's what FaithStreet came in. A business consultant connected Quinn with Tech Stars after a critical insight: OnFaith had content, but it would be best paired with a service, and TechStars just so happened to have a faith-based startup that offered a service without content. ThePost made an investment in FaithStreet that included OnFaith. Quinn will remain the founding editor, and FaithStreet will have what Coughlin calls a "front door" where people can enter into needed discussions—ones he hope will lead readers to eventually connect with local faith communities.

Coughlin is quick to emphasize that "allowing people to see different faith communities on their own terms is really important to us." That is why he eventually plans to allow mosques, temples, and other houses of worship to use the platform. "We are trying to connect with people who aren't sure what they believe."

FaithStreet has released a private beta version of its new mobile app to a few select churches, including Coughlin's home congregation in the Bowery, Dwell Church. Like everything else about FaithStreet, the app is intended to build in-person community. But instead of using the mobile app to find small groups or a bowling league, Coughlin says the early-adopters are using the app for something else rather surprising:

"We've seen people who have never shared [their faith] on their church's Facebook group sharing meaningful stuff on FaithStreet's platform. We see churches praying through an interviewing process or if someone is unemployed. Or we see the community rallying around people having difficult experiences. We really see that as part of the future [of FaithStreet]."

In a time when pastors want to get members to think about church beyond a building, and when app developers race to find the magic algorithm to deliver geographically relevant information to users, Coughlin has essentially hacked both industries. The big idea behind the FaithStreet app is not that you can find the nearest church building to you at any given time; indeed, people don't look for churches like they do a Starbucks. Rather, it's that the real people with whom you have relationship are with you wherever you go.

As Coughlin and his team continue to increase FaithStreet's content and functionality, every new feature will steer users toward their local church and community. And that's a vision big enough for Coughlin to pursue.

"If you don't feel like you're doing something bigger than yourself," he says, "then I don't know how you start a church—or a company."

Bret Mavrich is a technology journalist based in Kansas City. He blogs at BretMavrich.com.

1 of 2
The Most Redeeming Films of 2012Glenn Ericksen, Sean Coughlin (center), and Ryan Melogy, the co-founders of FaithStreet.