Live Life as a Mentor

It's easier and more natural than you think.
by JoHannah Reardon 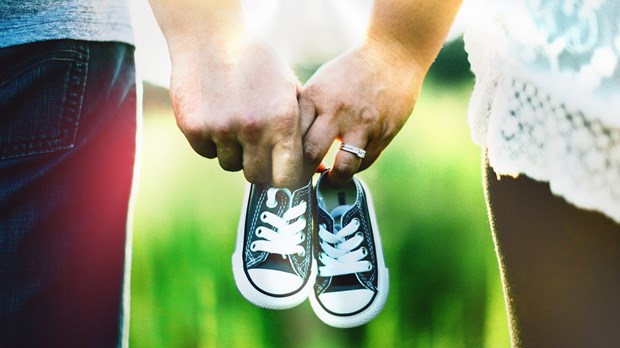 I was having a midlife crisis, and I wasn't even out of my 20s. While others were moving up the economic and social ladder, I was dissatisfied and feeling empty. I wanted my life to count for something.

I was having a crisis because I had just left my job to become a mother. I realize now that my experience is not unique. Many women who have active careers are suddenly moved into a world of diapers and spit up. That doesn't mean they necessarily want to go back to work. They are fiercely loyal and committed to the young life that has been entrusted to them, but they want something meaningful to happen in their days that will make them feel as though they are a valuable member of society. Deep down we mothers know we are, but we don't get to see the fruit of that for years to come and that can be disconcerting.

A turning point came for me when I began to see that I had time to invest in a whole new group of people—other young moms. I was in a neighborhood that was crammed full of preschoolers who were inevitably attached to mothers.

I joined a neighborhood Bible study with other stay-at-home or working-part-time moms. Those in the study were from all kinds of church, family, and social backgrounds. Friendships began to form naturally in the group as women spent time together in other settings. I have always been drawn to those who are hurting, struggling, or wounded, so I connected with a young mother, Gloria, who was from an abusive background. Her father had regularly beaten her, which left her with a terrible sense of worthlessness and lack of confidence about raising her own children.

Gloria began to call me every day to ask all sorts of parenting advice. We discussed allowances, chores, discipline, and childhood diets. Because of her past, she second guessed everything and wanted affirmation that what she was doing was right. Because I'd had a fairly healthy upbringing, I felt a lot more confident about those daily decisions and was able to offer her reassurance.

In spite of me being the one who was offering advice, I still gained a great deal from the relationship. Gloria had developed a remarkable sense of humor to combat the horror in her life, and she kept me giggling all the time. In fact, often when I was uptight or frustrated with my child, she said something silly about the situation that completely restored my perspective.

Another way we were able to help each other was through prayer. At first she gave me prayer requests constantly and never seemed to consider that I had needs too. However, after she began to gain confidence and stability in her life, she was able to see past her own needs to the needs of others. She began to ask me what I needed prayer for and our relationship became more give and take instead of me just constantly giving.

Although Gloria was a Christian, she made decisions in her spiritual life based on emotion. She didn't have a solid grasp of the Scriptures so her only source of wisdom came from what seemed best to her at the time. This led to a lot of poor decisions and ruined relationships. I wasn't a Bible scholar, but I knew more than she did, so I was able to guide her to passages that related to her situation. She also learned through our conversations how I made decisions and interpreted God's Word to guide my daily life.

Finally, she was able to be around someone who was emotionally healthy. Gloria had been immersed in unhealthy relationships for so long that she had no idea how to work her way out. Simply by being with me and my friends, she began to see lives that were lived on a more even emotional keel.

Live Life as a Mentor