Participating in the Resurrection

We have the privilege of being part of the story too.
Daniel Meyer 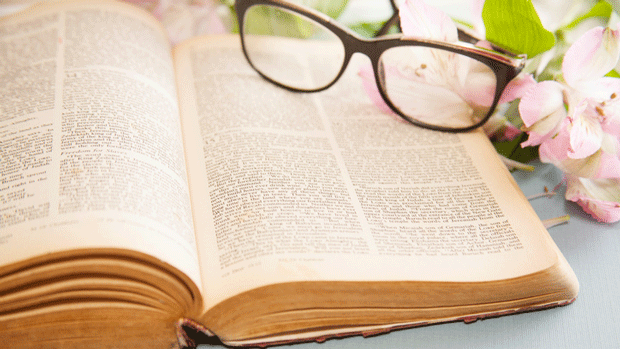 High in the Wasatch Mountains of Utah stands a magnificent aspen forest. If you could visit that place today, you would be amazed by the beauty and abundance of life beneath that golden canopy. What would be less obvious is that what appears to the eye as a massive forest is, in reality, just one tree. That's right: one tree. At the center of that forest stands a particularly ancient tree that researchers have dubbed "Pando"—a Latin word meaning "I spread." Over the ages, Pando spread out its roots across a span of more than 100 acres. It sent up more than 47,000 individual offshoots. Each of these shoots became a new spire reaching toward the heavens, a new crown of leaves moving to the wind, a new sanctuary for the creatures who find life beneath Pando's sheltering arms. Many regard Pando as the world's most massive living entity.

But that honor truly belongs to Another. Following his crucifixion, the body of Jesus was taken down from the cross, prepared for burial and laid in a tomb like a seed in the ground (Luke 23:50-56). Fearing that his disciples might try to steal the corpse and propagate the myth of his resurrection, the local religious leaders went to the Roman governor, Pilate, and convinced him to secure the grave. Pilate ordered the tomb sealed and an armed detail posted at the entrance to guard against any possible invasion (Matthew 27:62-66). What no human authority anticipated, however, was that the source of invasion would not be from outside the tomb but from within it.

As Jesus had promised, his seed had fallen to the ground and died. It was now about to rise up again and spread out into the world with a power and productivity no human eye could yet see (John 12:23-34).

On Easter morning, the disciples went to the tomb and found the guards gone, the stone rolled away and the corpse of Jesus missing. The grave clothes in which they'd wrapped his body now lay on the ground like an empty seed casing. To their utter shock, they met the "dead" man, now clearly alive in a way that recast forever their understanding of Life and proved the reliability of all that Jesus had taught them (Luke 24).

Over the next 40 days, Jesus appeared to his followers at many times and places, in a manner that seemed designed to demonstrate conclusively that this was no hallucination (1 Corinthians 15:1-8). Jesus continued to teach his disciples about the kingdom that God sought to bring forth on the earth (Acts 1:3). Finally, Jesus told them that it was time for him to leave them, but gave the assurance that they would not be left alone. Christ promised to send his Holy Spirit to them and that this Spirit would supply them with all they needed to accomplish the next stage of God's purposes in history. "Do not leave Jerusalem," he said, "but wait for the gift my Father promised" (Acts 1:4).

The disciples were filled (as we often are) with misgivings (Acts 1:6). They saw a world in need of such dramatic change and could not imagine how the work of Christ could go on without him walking next to them.

But Jesus clarified his plan even further. He said, "You will receive power when the Holy Spirit comes on you; and you will be my witnesses in Jerusalem, and in all Judea and Samaria, and to the ends of the earth" (Acts 1:8). You will become the body through which I now live on earth. You will be the ones through whom I draw the world to myself. I will supply you with the power to accomplish my purposes.

This promise was every bit as outrageous as the original assertion that he would rise from the grave. But given the fulfillment of the first promise, the disciples dared to trust the second. They obeyed Christ's command to stay in Jerusalem, though they risked arrest. They waited "all together in one place" (Acts 2:1).

And then, very suddenly, the Power came. "Like the blowing of a violent wind," like "tongues of fire that separated and came to rest on each of them," the Holy Spirit of God filled the house and, more important, their hearts, so that they began to proclaim the message of the kingdom of God (Acts 2:2-4). Bursting out from the building they'd been hiding in, those first disciples became an unstoppable force of boldness and blessing. As Acts goes on to record, they became a wave of witnesses through whom God began to turn the Roman world upside down (Acts 17:6).

The Life of Christ Spreads

In his book The Rise of Christianity, Rodney Stark reports that at the time of Christ's death there were only a handful of believers, hardly enough to constitute a single church. Thirty years later, there were still only an estimated 3,000 converts, a handful of struggling churches, and mounting opposition and violence from the surrounding culture. Sociologists of religion tell us that it is at this sort of juncture that new spiritual movements typically face the brutal fact that the forces against them are too great. They surrender their efforts to expand, turn inward and begin to die. That is why what actually happened next has forced more than a few skeptics to conclude that Christianity had its roots in something (or Someone) substantially different than other movements.

Rodney Stark found that between A.D. 60 and 100, the number of Christians suddenly more than doubled to 7,500, and then exploded to more than 40,000 people by the year 150. By A.D. 200, the total number of Christ-followers exceeded 200,000. It quintupled to one million by 250 and then rocketed to a staggering six million by the turn of 300. Over the next 50 years, the church more than quintupled again, producing some 33 million confessing Christians—half the citizenry of the Roman Empire.

Over the coming centuries, the church of Jesus would continue to spread out till its branches defined the character of what we now call Western civilization. You are a privileged member of the greatest movement in history and the only one that will be around in the end (Revelation 22). Christ has promised to supply you with the power to do this work and, as history shows, Jesus always keeps his promises—even the most outrageous ones.

Participating in the Resurrection