Christ, Culture, and the Generation Gap

What younger and older Christians get right and wrong about engaging the "world"
Brandon J. O'Brien 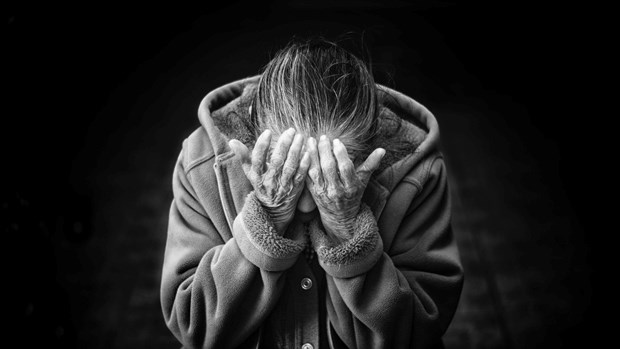 Grandma listened patiently as I described the content of the album I was obsessed with that summer. The songs told the story of two brothers. One was the family's shame, an alcoholic in jail for some petty crime. The other was a politician with a promising future who appeared, to all outside observers, to have everything together. In the end we listeners discover that, deep inside, the loser brother is a decent guy, and his model brother is a monster.

I tried to persuade her of the virtues of such art. It laid bare our biases, I argued, especially the subtle seduction to judge people's character by superficial appearances. I waxed eloquent about the value of viewing reality from different perspectives. I brought my best stuff!

She wasn't convinced. She felt I was compromising my Christian values by allowing a secular worldview to warp my perception of the truth.

This conversation with my grandmother illustrates a broader issue. Younger Christians often feel their elders are out of touch, behind the times, chained to antiquated notions of proper behavior. At worst, they are ill-equipped to do good work for the gospel because they refuse to engage the culture for Christ. At the same time, older Christians often view younger generations as disrespectful, uncommitted to biblical holiness, or generally unwilling to hoe the hard row of Christian discipleship. At worst, they are compromisers who sacrifice Christian faithfulness in order to be accepted by the broader culture.

Faith, Culture, and the Bible

Depending on how you read it, the Bible supports both of our positions.

On the one hand, it contains repeated warnings for Christians to resist the broader culture and behave in radically different ways. God gave Israel all manner of laws and restrictions to set them apart from their unbelieving neighbors. These included everything from moral guidelines to dietary restrictions, and even clothing regulations, gardening requirements, and personal grooming practices. Rather than abandoning this theme, the New Testament intensifies it in places. Jesus contrasted the way his disciples should behave with the ways of the world: "Not so with you" (Matt. 20:26). The apostle Paul warned the Christians in Corinth not to associate too intimately with those outside the church: "Do not be yoked together with unbelievers" (2 Cor. 6:14). Instead, we are to "[c]ome out from them and be separate" (6:17). The message seems clear: don't be like the world. The people of God should be distinct, set apart, different in every way.

On the other hand, the Bible also demonstrates ways of leveraging culture in order to engage it for Christ. The best example is perhaps the apostle Paul, who quoted pagan philosophers when speaking with the philosophers in Athens. He begins his presentation of the gospel by alluding to their religious beliefs and even quotes their thinkers. When Paul tells the Athenians, "For in him we live and move and have our being," he is quoting the Greek philosopher Epimenides, who said the same thing of Zeus (Acts 17:28). The next line of that verse, "We are his offspring," is from another philosopher, Aratus. In other words, Paul was happy to borrow the insights of the pagans when they corresponded with Christian teaching. Elsewhere Paul acknowledges the need to adapt his message, and even his lifestyle, to "become all things to all people" in order to "win as many as possible" (1 Cor. 9:22, 19).

Christ, Culture, and the Generation Gap